New Jersey Launches its Next Phase of DUI Enforcement 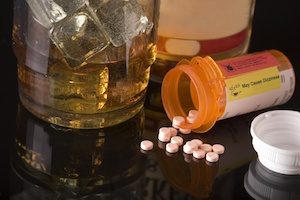 Proving a Charge for Driving under the Influence of Drugs

The evidence required to prove a person was driving under the influence of drugs is different from typical driving while intoxicated cases. While police may use field sobriety tests like the one leg stand and walk and turn to detect drivers impaired by alcohol, as well as the results of testing with the Alcotest 7110 breathalyzer machine, drug DUI cases have different proofs in New Jersey. One of the main tests in a drug DUI case is a urinalysis. If a person is suspected of driving under the influence of narcotics like heroin or prescription drugs, they may be asked to provide a urine sample. However, urine tests are notoriously unreliable because they provide no information about when the drug was actually consumed. Urine testing is particularly debatable in cases involving driving under the influence of marijuana because marijuana can remain in a person’s system for up to 30 days from initial ingestion.

The Role of a Drug Recognition Expert

Due to the unreliability of urine tests and the inability to detect drugs on a person’s breath, Drug Recognition Experts (DRE’s) often serve as integral parts of drug DUI prosecutions. A DRE is simply an officer trained to use a variety of tests and techniques to assess whether or not a person is under the influence of drugs. A DRE will use observational analysis and specific assessments in order to determine that a driver is drugged. Depending on the specific type of drug, the DRE will look for different signs and symptoms.

There are various types of drug classifications, but drugs can be generally distinguished among:

What Does a DRE Look for when Testing for Drugs?

If you are tested by a drug recognition expert at a DUI checkpoint or police call a DRE to a motor vehicle stop, they will run a number of tests to determine if you are on drugs. A DRE exam has five specific components:

After all of these tests, the drug recognition expert will write a report explaining their conclusions. The report will include the results of the DRE evaluation and what class of drugs the DRE thinks is responsible for your symptoms. Before creating the report, they will interview you and ask questions about drug use, what you were doing prior to DUI checkpoint or motor vehicle stop, etc. They will also discuss the circumstances of the case with the arresting officer.

If you are charged with DUI for allegedly driving on drugs, you are in a precarious position and should consult an experienced DUI defense attorney as soon as possible. Law enforcement in New Jersey are taking DUI checkpoints to a new level with drug recognition experts at these locations. Although a DRE report may be used against you, there is no exact science to these evaluations and an skilled DUI lawyer can successfully undermine the validity of these reports. At The Tormey Law Firm, our attorneys appear in courts throughout Morris County on regular basis fighting to get DUI charges dismissed. With successes in courts in Morristown, Parsippany, Mount Olive, Denville, and Long Hill Township, we know what it takes to beat a drug DUI. Call our offices in Morristown at 908-336-5008 or contact us online for a free consultation. We are happy to discuss your specific case and how we can help build your best defense.