Driving under the Influence (DUI) of Prescription Drugs – Oxycontin 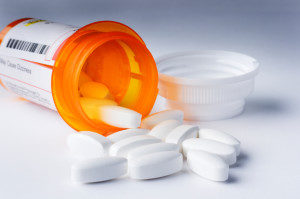 In New Jersey it is illegal to drive under the influence of drugs. OxyContin, for example, is a prescription drug classified as a narcotic which can severely inhibit your ability to operate a motor vehicle. In State v DiCarlo, 67 N.J. 321, the Supreme Court ruled that the operator of a motor vehicle was under the influence of a narcotic drug if the substance produced an effect that would alter his or her normal physical coordination and mental faculties.

Our DUI defense team has handled hundreds of DUI cases dealing with drugs. In fact, one of our team members used to prosecute DUI cases for the State of NJ, now he uses his experience and expertise to represent our clients facing similar offenses. In addition, another attorney at the firm is a certified field sobriety test instructor so he can analyze the psycho-physical tests and determine if they were conducted properly, demonstrated properly, and graded properly according to the national standards. Finally, we also have a retired drug recognition expert (DRE) police officer who we utilize as a defense expert in DUI cases. He will examine the State’s DRE expert report and combat the findings to help fight your charges in court. Our Morris County NJ DUI defense lawyers represent clients in Parsippany, Morristown, Denville, Dover, Mount Olive, Madison, and Jefferson Twp. For more information, contact our DUI defense team now for a free initial consultation at 908-336-5008.

How Does Oxycontin Effect My Ability to Drive

It is no secret that New Jersey and the United States is fighting major addiction issues relating to prescription drugs. OxyContin is the number one most abused prescription drug in America. It is a pain reliever that gives a euphoric and sedative effect. OxyContin acts on the same receptors as natural endorphins. This stops pain signals from being sent to the brain which means if pain remains the person will not feel as much of it. Side effects to OxyContin such as sleepiness, blurred vision, and dizziness occur then a person should not operate a motor vehicle. The defined phrase “under the influence” means a substantial deterioration of mental faculties or physical coordination of a person due to intoxicating liquors, narcotic, hallucinogenic, or habit producing drugs. With that statement in mind since OxyContin can have a sedative effect it would be considered “under the influence”. It is also advised by the drug manufacturers of Oxycontin to not operate motor vehicles while under the influence of this substance.

Here is some helpful information on Oxycontin and Prescription Drugs:

How to Fight an Oxycontin DUI Charge in New Jersey

In New Jersey, driving under the influence of drugs (DUI) is regulated by N.J.S.A. 39:4-50 which is the same statute that governs driving while intoxicated (DWI). If you are charged with DUI or DWI, you are facing the same penalties as a first, second, third or subsequent offender.

Those penalties are as follows:

Charged with Driving Under Influence of Oxy in Morris County? We Can Help

For more information about Prescription Drug DUI charges in NJ, contact our offices now for a free initial consultation at 908-336-5008.