“Aggravated assault is a serious felony charge in New Jersey punishable by fines, probation, and jail time if convicted. It will be graded as a 2nd degree, 3rd degree, or 4th degree charge depending on the nature and circumstances of the alleged offense. Some potential defenses include mutual fighting and self defense.” 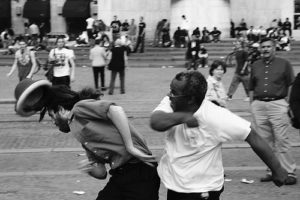 If you or a loved one has been charged with aggravated assault in Morris County NJ, it is important to speak with an experienced Morris County NJ aggravated assault attorney who understands the system. The criminal trial team at our Morristown offices has extensive experience defending clients charged with assault and threat crimes in Morris County NJ courtrooms, including courts in Morristown, Denville, Mount Olive, Budd Lake, East Hanover, Victory Gardens, and Parsippany-Troy Hills. We also have an active Morris County municipal prosecutor on staff, which gives us unique insight into how to help you beat your charges. Call us today at (908) 336-5008 for a free consultation.

Here is a review from one of our very satisfied clients who we represented on aggravated assault charges:

“Hired to defend me for aggravated assault” – 5.0 stars, Posted by Joe

“Travis is a knowledgeable and trustworthy lawyer which I will retain his services again should there be any more legal problems.”

And here is an example where we successfully handled a Second Degree Aggravated Assault Charge in Morris County NJ.

Aggravated assault charges in NJ are criminalized in the NJ criminal code under N.J.S.A. 2C:12-1(b), which provides, in pertinent part, that a person is guilty of aggravated assault if he or she:

(1) Attempts to cause serious bodily injury to another, or causes such injury purposely or knowingly or under circumstances manifesting extreme indifference to the value of human life recklessly causes such injury; or

(2) Attempts to cause or purposely or knowingly causes bodily injury to another with a deadly weapon; or

(3) Recklessly causes bodily injury to another with a deadly weapon; or

(4) Knowingly under circumstances manifesting extreme indifference to the value of human life points a firearm, as defined in section 2C:39-1f., at or in the direction of another, whether or not the actor believes it to be loaded; or

(a) Any law enforcement officer acting in the performance of his duties…; or

(b) Any paid or volunteer fireman acting in the performance of his duties…; or

(c) Any person engaged in emergency first-aid or medical services acting in the performance of his duties…; or

(d) Any school board member, school administrator, teacher, school bus driver or other employee…; or

(e) Any employee of the Division of Youth and Family Services…; or

(8) Causes bodily injury by knowingly or purposely starting a fire or causing an explosion in violation of N.J.S.2C:17-1…; or

(9) Knowingly, under circumstances manifesting extreme indifference to the value of human life, points or displays a firearm, as defined in subsection f. of N.J.S.2C:39-1, at or in the direction of a law enforcement officer; or

(10) Knowingly points, displays or uses an imitation firearm, as defined in subsection f. of N.J.S.2C:39-1, at or in the direction of a law enforcement officer with the purpose to intimidate, threaten or attempt to put the officer in fear of bodily injury or for any unlawful purpose.

Is Aggravated Assault a felony in New Jersey?

Yes. All three degrees of aggravated assault (second, third, and fourth degree) are felony charges in New Jersey which are handled in Superior Court and punishable by potential jail time, fines, probation, and a felony charge on your record. In order to proceed with an aggravated assault charge in New Jersey, a defendant must be indicted by the County Prosecutor’s office through presentation to the Grand Jury.

What is the Penalty for Aggravated Assault in New Jersey?

For example, injuring someone while escaping from the police is a second degree crime carrying a five to ten-year prison sentence and a potential $150,000.00 fine. Causing someone harm with a deadly weapon, like a tire iron swung at someone, is a crime of the third degree, requiring three to five years in prison and a $15,000.00 fine. Recklessly endangering another’s life and pointing a weapon at someone are fourth degree crimes, mandating up to 18 months in jail and a $10,000.00 fine.

Regardless of the degree of the aggravated assault offense, you could be exposed to:

A prosecutor may file second degree aggravated assault charges if the defendant attempted to cause “serious” bodily injury. As used here, “serious” means that the injury exposed the victim to a risk of death. A person may also be charged with second degree aggravated assault if he or she caused bodily injury while attempting to elude a law enforcement officer.

Fourth degree aggravated assault is a felony that exposes a defendant to up to 18 months in state prison, a fine of as much as $10,000.00, and a permanent criminal record.

Can I get PTI on an Aggravated Assault Charge in Superior Court?

Yes, in some cases. Pre-Trial Intervention (known as “PTI”) is a first time offender program which allows a defendant to receive no jail time and avoid a felony conviction on their record if they successfully complete the probationary period. This program is usually reserved for lower level, non-violent felonies (such as third and fourth degree crimes). However, in certain cases, you can get into PTI with a violent offense like aggravated assault. It will depend on the nature of the violence inflicted, the extent of any injuries, whether or not the victim wants to proceed with the case, etc. If it is a third or fourth degree aggravated assault charge, you are allowed to apply to PTI. For a second degree aggravated assault charge, you need the permission of the prosecutor to even apply. Then, you will be interviewed by the probation department and they will make a recommendation to the prosecutor about if they think you are a good candidate for the program or not. Even if they recommend you, the prosecutor has the final say as to whether or not they agree to your PTI admission. You can appeal a PTI denial to the Judge but you must show that the prosecutor abused their direction when they denied you from the PTI program.

In addition, in order to get PTI on a domestic violence aggravated assault, you must plead guilty to the charge and then be admitted into the program. If you successfully complete the PTI probation, the case is dismissed. On the other hand, if you violate the terms of PTI supervision, then your charges come back and you will be sentenced on your guilty plea.

What can Aggravated Assault be reduced to?

In some games felony aggravated assault can be downgraded to disorderly persons (misdemeanor) simple assault. This will depend on a number of factors including the nature of the injuries to the alleged victim, the amount of force used, if it was a mutual fight, if the victim objects to the downgrade of the charges, etc.

Get Legal Help from a Mount Olive Aggravated Assault Lawyer