Expunge a Marijuana Charge from my Record Morris County NJ

How do I expunge a weed charge from my record? 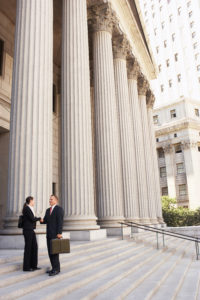 If you have been arrested, charged, or convicted of a marijuana offense in New Jersey and are looking for an expungement to clear your record, you have come to the right place. Our Morris County NJ expungement lawyers have literally expunged thousands of marijuana charges off our client’s records over the last 10 years. It is important to understand what currently exists on your record and if and when you may be eligible to remove it. There are certain waiting periods under NJ law which prevent you from doing an expungement until a certain time, depending on how your case was resolved. The good news is our NJ expungement lawyers know the rules and NJ law and can walk you through every step of the process. Contact our offices now for immediate assistance at 908-336-5008. The initial consultation is always provided free of charge. We represent clients throughout Morris County NJ including in Washington Twp., Jefferson Twp., Rockaway, Roxbury, Randolph, and Chester Twp.

Expunge a Marijuana Charge from my Record in NJ

The first thing that needs to be examined is your record. Depending on how many arrests and convictions you have, you may or may not be eligible for an expungement. Here are the basics.

I was arrested for possession of marijuana and the case was dismissed completely.

This is great. That means that you are eligible for an expungement of that arrest immediately, there is no waiting period. And, there is no limit on the number of these expungements you can have. Since the charge was dismissed, you have no criminal record. However, there is still an arrest record since you were arrested, fingerprinted and process. This means that, if a prospective employer runs a background check on you, the arrest for possession of marijuana will still show up, even though the charges show up as dismissed. Once you expunge this arrest record, then it will no longer appear on your criminal history.

I was arrested for marijuana possession and took a conditional discharge or the pre-trial intervention program (PTI).

This is very common. In this case, you were accepted into a diversionary program in NJ (either conditional discharge in municipal court or PTI in superior court) and you complied with the terms of your probation and the charges were dismissed at the end. Just like above, you have no criminal record. However, there is still the arrest record which shows up on your background. Under NJ law, you must wait six (6) months before applying for an expungement. Once the expungement is done, then the arrest is also removed from your criminal history and the entire incident is like it never happened.

I was arrested for possession of marijuana under 50 grams and plead guilty or was convicted at trial.

Expungement of Marijuana Charge Morris County NJ – We Can Help

For more information, contact the NJ expungement lawyers at the Tormey Law Firm LLC for a free consultation at 908-336-5008.