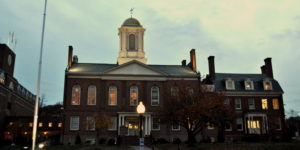 The sex crime defense lawyers at the Tormey Law Firm LLC are ready and able to protect your rights and defend you against false allegations. In fact, some of our criminal defense lawyers used to prosecute sex crimes for the State of New Jersey, including in Morris County NJ. Now, let them put their experience and expertise to work for you. Our managing partner, Travis J. Tormey, has received numerous awards and accolades and was recently recognized as one of the top 10 criminal lawyers in the State of NJ by the American Jurist Institute. In addition, Mr. Tormey has received the AVVO clients choice award for four straight years (2013, 2014, 2015, and 2016) and has a perfect 10.0 attorney rating on AVVO.com. For more information about our criminal defense team, or for a free initial consultation, contact our Morris County NJ criminal defense lawyers today at 908-336-5008. Our Morris County NJ defense lawyers appear in courts throughout Morris County on a daily basis including Morristown, Parsippany, Dover, Denville, Mount Olive, and Madison.

Second degree sexual assault is a serious charge in New Jersey governed by N.J.S.A. 2C:14-2. The statute is codified, in pertinent part:

b. An actor is guilty of sexual assault if he commits an act of sexual contact with a victim who is less than 13 years old and the actor is at least four years older than the victim.

c. An actor is guilty of sexual assault if he commits an act of sexual penetration with another person under any one of the following circumstances:

(1) The actor uses physical force or coercion, but the victim does not sustain severe personal injury;

(2) The victim is on probation or parole, or is detained in a hospital, prison or other institution and the actor has supervisory or disciplinary power over the victim by virtue of the actor’s legal, professional or occupational status;

(a) The actor is related to the victim by blood or affinity to the third degree; or

(b) The actor has supervisory or disciplinary power of any nature or in any capacity over the victim; or

(c) The actor is a resource family parent, a guardian, or stands in loco parentis within the household;

(4) The victim is at least 13 but less than 16 years old and the actor is at least four years older than the victim.

Sexual assault is a crime of the second degree.

What are the penalties if convicted of second degree sexual assault in NJ?

Second degree sexual assault is an act of sexual contact which occurs in any of the above circumstances. As opposed to first degree aggravated sexual assault, which requires an act of penetration. If convicted, a defendant faces five (5) to ten (10) years in New Jersey State Prison, with a presumption of incarceration. As such, probation is an unlikely outcome. In addition, under the No Early Release Act, you typically must serve 85% of your prison sentence before becoming eligible for parole. Moreover, Megan’s Law and Community Supervision for Life could also be collateral consequences of the plea.