Morris County Driving under the Influence of Marijuana DUI Charges

Morris County Driving under the Influence of Marijuana Offense 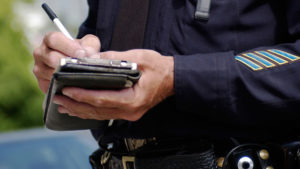 Driving under the influence of marijuana, also known as a “DUI”, is a traffic offense in New Jersey that can have serious consequences including a driver’s license suspension, drug and alcohol classes, fines, insurance surcharges, and potentially jail time depending on the nature and circumstances of the offense. These cases typically involve field sobriety tests, an alcohol test (which comes up negative), and sometimes involve an examination by a Drug Recognition Expert (“DRE”).

The Morris County NJ DUI defense lawyers at the Tormey Law Firm LLC have handled hundreds of DUI cases in New Jersey involving marijuana and are ready and able to fight your charges in court. Our DUI defense lawyers represent clients throughout Morris County NJ including in Dover, Denville, Parsippany, Mount Olive, Roxbury, Rockaway, Randolph, Jefferson Twp., and Morristown. In fact, one of our attorneys is a certified field sobriety test instructor which is the tests that they have you perform on the side of the road. In addition, another attorney at the firm used to prosecute DUI cases in New Jersey. Now, let him put that experience, knowledge, and expertise to work for you. Contact our offices anytime for immediate assistance at 908-336-5008. The initial consultation is always provided free of charge.

Here is a review from one of our many satisfied DWI clients: “Saved me from a DUI. HIGHLY recommended”

“I highly recommend Travis and his law firm. A year ago I got into an accident,blood drawn, DUI. I knew I was facing life changing charges. Travis was able to get me off with no charges! When the judge reached a verdict, he mentioned the “good work of my attorney” that prevented them from proceeding with my prosecution. It is safe to say Travis saved my life and if your in a tough spot I highly recommend Travis to be your attorney.”

How Does Marijuana Effect Your Ability to Drive

According to the National Institute on Drug Abuse, there are many effects of smoking marijuana that may impair a person’s ability to drive. When a person smokes marijuana, the chemical compounds contained in the plant, specifically delta-9-tetrahydrocannabinol (THC), passes from the lungs into the bloodstream and then the blood carries THC to the brain and other organs. Once in the brain, THC over-activates certain brain cell receptors causing a person to feel “high.” The specific short-term effects of smoking marijuana are: altered senses, changes in mood, impaired body movement, difficulty with thinking and problem-solving, and impaired memory. Thus, getting behind the wheel after smoking marijuana very well may cause a person to have slower reaction times and poor coordination which would impair their ability to safely operate a motor vehicle.

When it comes to driving under the influence of marijuana (DUI), R.S. 39:4-50(a)(ii) states that if a person’s blood alcohol concentration is 0.10% or higher, or the person operates a motor vehicle while under the influence of narcotic, hallucinogenic or habit-producing drug, that person shall be subject to a fine of not less than $300 nor more than $500 and a period of detainment of not less than 12 hours nor more than 48 hours spent during two consecutive days of not less than six hours each day and served as prescribed by the program requirements of the Intoxicated Driver Resource Centers section and, in the discretion of the court, a term of imprisonment of not more than 30 days and shall forthwith forfeit his right to operate a motor vehicle over the highways of this State for a period of not less than seven months nor more than one year.

NOTE: Driving while intoxicated (DWI) and driving under the influence of drugs (DUI) are essentially the same charge in New Jersey and are governed by the same statute, N.J.S.A. 39:4-50. Thus, if someone says “DWI” or “DUI” it really makes no difference with regard to the conviction or penalties in NJ.

How to Fight a Marijuana DUI in New Jersey

Generally speaking, being under the influence is defined as “a substantial deterioration or diminution of the mental faculties or physical capabilities of a person whether it be due to intoxicating liquor, narcotic, hallucinogenic or habit producing drugs. State v. Tamburro, 68 N.J. 414, 421 (1975). The fact of the matter is that both drugs and alcohol can impact a person’s ability to drive a car, but drugs, unlike alcohol cannot be measured by a breathalyzer or Alcotest machine. Thus, anyone who is suspected of driving under the influence of drugs will usually be subjected to an evaluation by a Drug Recognition Expert (“DRE”) to assess the driver’s physical coordination and ability to safely operate a motor vehicle. A DRE will also request a urine sample, but due to the metabolic rates of THC, which typically remains in a person’s system for many weeks, a urine test is not dispositive of driving under the influence of marijuana.

The key question during a trial for driving under the influence of marijuana is whether the proofs are sufficient to establish beyond a reasonable doubt that, at the time of arrest, the defendant suffered from a substantial deterioration or diminution of the mental faculties or physical capabilities or was in a drug-induced state that so affected the defendant’s judgment or control as to make it improper to drive or whether the defendant was under the effect of a drug that altered his normal physical coordination and mental faculties as to render the defendant a danger to himself as well as to other persons on the highways. The bottom line is that pursuant to State v. Bealor, a DRE is not required for the court to convict a defendant for driving under the influence of marijuana.

Even in states where recreational marijuana is legal, there are “drugged driving” statutes that prohibit operating a motor vehicle after smoking marijuana. Colorado, for example, one of the pioneer states of legalized recreational marijuana created a proscribed legal limit of THC of 5 nanograms per milliliter that gives rise to an inference that the defendant was under the influence of marijuana, thus subjecting the driver to the penalties associated with driving under the influence. C.R.S.A. 42-4-1301(1)(a)-(c). Moreover, Colorado’s implied consent laws state that any person who operates a vehicle there shall be required to provide a breath or blood test when there is probable cause to believe the driver was driving while intoxicated or under the influence of a drug. C.R.S.A. 42-4-1301.1(2)(a)(I). Currently, New Jersey does not have any similar laws establishing a legal THC limit or implied consent of a blood draw.

NOTE: There are criminal charges for possession of marijuana as well as being under the influence of marijuana. However, those are separate criminal offenses from a DUI traffic offense. It is important that you consult with an experienced marijuana lawyer to determine exactly what you are charged with and facing in court.