A Crime of the Second Degree in New Jersey

What is a Second Degree Crime and What Penalties are You Facing? 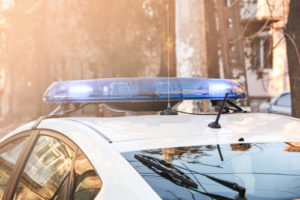 A second degree crime or crime of the second degree is a serious offense in New Jersey. On the spectrum of indictable offenses, which are like felonies in other states, a second degree crime is the second-most serious. As a result, the potential punishments for a second degree crime include thousands in fines and a lengthy prison sentence (5-10 years in jail). In addition, if your offense is considered violent, then you will be sentenced under the No Early Release Act (known as “NERA”) and must serve 85% of your prison term before being released on parole. If you have been charged with a second degree crime in New Jersey, it is highly advisable to seek knowledgeable legal counsel as soon as possible. Our Morris County criminal defense attorneys are always available to explain the charges in your case and the options you may have to reach a successful resolution. Simply contact us anytime at (908) 336-5008 or online for a free consultation. You can also read on to learn more about second degree crimes in New Jersey.

The No Early Release Act applies to some second degree crimes in New Jersey, such as robbery and sexual assault. NERA, as it is often called, is a sentencing guideline that requires the person convicted to serve 85% of the sentenced imposed before becoming eligible for parole.

There are a multitude of criminal offenses that may be graded as second degree crimes in New Jersey. They range from assault and threat crimes to theft offenses including:

Presumption of Incarceration for a Second Degree Offense

Unlike third degree and fourth degree crimes, a second degree crime in New Jersey entails a presumption of incarceration. This means that even if you are charged with a criminal offense for the first time, it is “presumed” that you should go to prison. The prison term for a typical second degree crime in New Jersey is between 5 and 10 years. In other words, even if you are sentenced to the minimum, you are facing serious jail time before parole eligibility.

In New Jersey, the State prosecutes individuals charged with second degree crimes to the fullest extent of the law. With this in mind, it is imperative to mount the most aggressive and effective defense strategy you can if you are facing second degree charges. Our criminal defense lawyers fight tirelessly on behalf of clients charged with second degree crimes in Morristown, Parsippany, Washington Township, Dover, Boonton, Denville, and throughout New Jersey. Contact us today at (908) 336-5008 or online for a free consultation about your specific situation. We are happy to answer all of your questions.