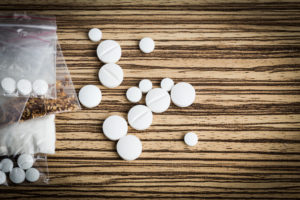 Do I need to hire a drug expert to fight my DUI for drugs in Morris County? We can help.

If you or a loved one is facing a driving under the influence (DUI) charge in New Jersey, the DUI defense lawyers at the Tormey Law Firm LLC can help. Our attorneys have handled hundreds of these cases over the years with great success, including the dismissal of DUI charges in some cases. We have an attorney on staff who is certified in the field sobriety testing which is used on the side of the road in all DUI cases not involving an accident. These field sobriety tests are used to establish reasonable suspicion that the driver is under the influence which allows the police officers to make an arrest. In addition, our firm works with multiple drug recognition experts (known as “DRE”) who are retired police officers who used to help prosecute DUI cases for the State of NJ. Now, they use their knowledge and expertise to attack the state’s case and are available to testify as an expert witness at trial if need be.

Here is a review from one of our many satisfied clients: “Saved me from a DUI. HIGHLY recommended”

“I highly recommend Travis and his law firm. A year ago I got into an accident,blood drawn, DUI. I knew I was facing life changing charges. Travis was able to get me off with no charges! When the judge reached a verdict, he mentioned the “good work of my attorney” that prevented them from proceeding with my prosecution. It is safe to say Travis saved my life and if your in a tough spot I highly recommend Travis to be your attorney.”

Our NJ DUI lawyers represent clients throughout the State including in Morristown, Mount Olive, Dover, Denville, Budd Lake, Roxbury, Rockaway, and Parsippany. Contact our offices now for immediate assistance at 908-336-5008. The initial consultation is always provided absolutely free of charge.

Driving under the Influence of Drugs (DUI) Cases in NJ

Drug DUI cases in New Jersey are prosecuted differently than alcohol DWI cases. However, they are governed by the same statute, N.J.S.A. 39:4-50, which provides in pertinent part:

(ii) if the person’s blood alcohol concentration is 0.10% or higher, or the person operates a motor vehicle while under the influence of narcotic, hallucinogenic or habit-producing drug, or the person permits another person who is under the influence of narcotic, hallucinogenic or habit-producing drug to operate a motor vehicle owned by him or in his custody or control, or permits another person with a blood alcohol concentration of 0.10% or more to operate a motor vehicle, to a fine of not less than $300 nor more than $500 and a period of detainment of not less than 12 hours nor more than 48 hours spent during two consecutive days of not less than six hours each day and served as prescribed by the program requirements of the Intoxicated Driver Resource Centers established under subsection (f) of this section and, in the discretion of the court, a term of imprisonment of not more than 30 days and shall forthwith forfeit his right to operate a motor vehicle over the highways of this State for a period of not less than seven months nor more than one year;

So, for a first offense DUI charge in New Jersey, the driver is facing a fine, drug and alcohol classes at the DMV, a license suspension of seven (7) months to one (1) year, and up to 30 days in the county jail. For a second or third offense, the penalties are enhanced and are exactly the same as alcohol related offenses.

NOTE: In New Jersey, we do not have temporary, hardship, or work licenses like some other states do. As a result, if you lose your driving privileges in NJ, you lose them completely for whatever the period of your suspension is.

Now, when you are arrested for DUI, they will have you conduct field sobriety tests at the side of the road just like an alcohol DWI. Those tests typically include the one-leg stand test, the walk and turn test, and the horizontal gaze nystagmus test. However, when you are taken to the station, unlike an alcohol DWI prosecution, they will have you conduct more tests under what is known as a drug recognition evaluation (known as a “DRE”). In addition, they will take a urine sample to determine what types of drugs may be in your system.

A drug recognition expert (“DRE”) is simply a police officer who takes a special seminar certification class to learn how to determine if someone may be under the influence of drugs. They are trained to examine the potential signals and to conduct specialized testing on a driver who is suspected to be under the influence of drugs. A DRE should be used in all drug DUI prosecutions in New Jersey except for marijuana cases. The Court has determined that a DRE expert is not necessary in marijuana prosecutions because all police officers, even those who are not DRE experts, are familiar with and can detect if someone is under the influence of marijuana.

A DRE expert will conduct testing on the driver and create a drug recognition evaluation which is essentially an expert report they will rely on to prosecute this DUI case and testify at trial (if need be). A DRE report will include an interview that the officer conducts with driver and any incriminating statements that were much (such as admissions to taking any medication or drugs). It will also include the officer’s initial observations of the suspect such as watery eyes, red eyes, odor of marijuana, speech slurred, etc.

Obviously, a urine sample on its own does not prove much. Many drugs stay in your system for a long period of time so the fact that a urine sample shows positive for a drug does not prove that the driver is under the influence of that drug at the time they operated the motor vehicle. As a result, the State will attempt to use the urine sample in combination with the DRE report and evaluation to prove beyond a reasonable doubt that the driver is under the influence of drugs.

The Tormey Law Firm will use and consult with their own DRE experts who will examine the state’s evidence and the state’s DRE report and attack it. For more information, contact our offices now for a free initial consultation at 908-336-5008.