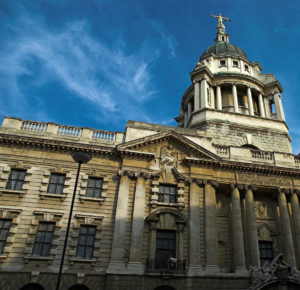 Do you need an attorney for an aggravated assault charge in Morris County? We can help.

The Morris County criminal defense team at the Tormey Law Firm just scored a huge win for a client accused of second degree aggravated assault. Initially, our client was facing potential jail time of five to ten years and a criminal record due to an allegation that he committed second degree aggravated assault for attacking a man in Morristown, New Jersey, causing serious bodily injury. In addition, because this is a violent offense under the No Early Release Act, the client was facing a mandatory period of parole ineligibility and must serve 85% of his New Jersey State Prison sentence before becoming eligible for parole. Moreover, even if you have no prior criminal record, it is presumed that you will be sent to prison if you are convicted of a second degree crime in New Jersey.

Initially, the prosecutor offered a plea deal of a guilty plea to the aggravated assault, with a term of probation. But, that arrangement would have resulted in a permanent felony record of a criminal conviction. Fortunately, the aggravated assault defense attorneys at the Tormey Law Firm succeeded in having our client admitted into the diversionary program of Pretrial Intervention, allowing the client to avoid a criminal conviction and potential prison term, in accordance with N.J.S.A. 2C:43-12.

In our client’s case, the first task was two fold: meticulously analyze the discovery and victim’s medical records to determine if, in fact, the victim truly suffered serious bodily injury; and engage a private investigator to compile information regarding the parties involved in the incident and ascertain more of the facts that led up to the altercation. Ultimately, after many conversations and face-to-face discussions with the prosecutor, our defense team achieved our goal: an amendment of the charged from second degree to third degree and acceptance of our client into Pretrial Intervention. At the end of the day, our client walked away from a serious criminal charge with an opportunity to prove he is truly a law-abiding citizen and that he is a person who should not have a criminal conviction. If you have been charged with aggravated assault, contact the assault defense attorneys at the Tormey Law Firm today to discuss your charges, defense strategies, and how our criminal defense team can help you avoid a criminal record.