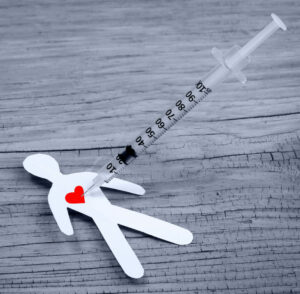 While New Jersey’s prison population numbers are growing smaller due, in part, to the state’s Drug Court and other diversion programs, drug crimes still flood the courtrooms. Nationwide, drug overdose rates fell in the last several years, though nearly 3,000 New Jersey residents still die of opioid overdoses annually. Despite strict drug possession, distribution, and trafficking laws, New Jersey lawmakers felt they needed to do more to lower drug abuse and drug-induced death numbers, as well as hold drug dealers and traffickers responsible for providing drugs to substance abusers and addicts who die of drug overdoses. To that end, the state imposes strict liability on anyone who sells, distributes, or manufactures drugs to those who die of an overdose as a result (N.J.S.A. 2C:35-9). Below explains the law on strict liability for drug-induced deaths in New Jersey and the intricacies of these charges, sentencing requirements, and possibly effective defenses.

If you have been charged with drug induced death in Morris County, NJ, contact the skilled drug defense lawyers at The Tormey Law Firm for immediate assistance. We can provide you with a free consultation, come meet with you if you are currently in jail, set up an appointment at our local office in Morristown, and fight tooth and nail to deliver the best possible results in your case. Call (908)-336-5008 to speak to an attorney now.

The Strict Liability for Drug-Induced Deaths law, found in section 2C:35-9 of the New Jersey Criminal Statutes, states that anyone who intentionally produces and distributes a controlled dangerous substance (CDS) is liable for anyone who dies because of injecting, inhaling, or ingesting the CDS. So, if you knowingly sold or otherwise distributed a Schedule I or II drug, such as heroin, cocaine, LSD, fentanyl, or methamphetamine, to an individual who then injected, inhaled, or ingested what you sold them, you are responsible for the death resulting from the victim’s using the drug.

A prosecutor can get the court to convict you under the strict liability statute if they prove all the elements: knowledge, CDS sale, manufacture, or distribution, which resulted in death. They do not have to prove you intended to harm them or that your reckless behavior harmed them, as they would for a manslaughter case. As such, it is no defense that you did not know that the user would overdose, or you did not want the user to die, or that the user was at fault for ingesting the wrong amount of the drug.

If someone died because of the drugs you sold them, the state can charge you separately for their drug-induced death, which is first degree crime. A judge can sentence you to serve maximally 20 years in prison, to pay up to $200,000.00, in addition to $3,000.00 in penalties and a $50.00 lab fee, and to restrict your driving privileges for six months to two years. Since a conviction for the statute is subject to the No Early Release Act, you must serve 85% of the sentenced prison term. This sentence comes on top of any other penalties associated with other charges that have been filed against you. In essence, a judge can sentence you for each of the convictions that occur in your case, and it is presumed that your sentence for drug-induced death charges will not merge with any other penalties or sentences for other crimes.

So, if you are charged with knowingly violating N.J.S.A. 2C:35-5, which prohibits drug possession with intent to distribute, distribution, and manufacturing, the state may charge you with a first, second, third or fourth degree crime depending on the type of drug and the amount. That means you can go to prison for 18 months to 20 years, the range of sentence possibilities from fourth to first degree crimes. And the accompanying fines range from $15,000.00 to $200,000.00. The sentence for drug distribution, however, will be issued in addition to the sentence you receive for the strict liability for drug induced deaths violation.

A prosecutor must first prove that you were the one who sold or otherwise got the drugs into the victim’s hands. The state must convince a jury that, beyond a reasonable doubt, you provided the drugs that caused the death. Their burden of proof is tough. They must convince a jury that there is no other reasonable explanation for how the crime occurred, meaning how the victim died. So, if a defense attorney provides an alternate explanation of how the victim died, the prosecutor may not meet their burden of proof, and a jury may not convict the defendant for the drug-induced death. For example, a criminal defense attorney may present evidence that the victim purchased drugs from several dealers. They may raise doubt as to which dealer’s drugs were introduced into the victim’s body that eventually led to the overdose. If the victim injected heroin from one supplier and then followed it up with an injection from another supplier’s heroin, the state may have difficulty proving which dose caused the death.

Other possible defenses include the time and cause of death. The statute includes the defense as to remoteness of the death to the sale, distribution, or manufacturing of the drug. For example, if you gave the victim fentanyl that the victim injects, but the victim ultimately dies from a heart attack after a physical altercation, the connection between the death and the drug may be too tenuous. Unless the drug caused the heart attack and not the victim’s pre-existing heart disease, overexertion, and fight or flight response in the midst of a brawl, then the heart attack may be too remote from the drug distribution to convict you. However, if the drug did induce a heart attack, then a conviction is more probable.

As long as the drug played a part in causing death, the defendant may be convicted for the drug-induced death. However, the chain of causation includes all who are charged for the crime. So, when a manufacturer produces the heroin, deposits it with a distributor who then delivers it to another distributor who delivers it to the victim who dies, all in the distribution chain may be liable. A break in the causation delivery chain, however, may exclude some parties when the victim dies outside of New Jersey. So, if a seller in New Jersey sells drugs to someone from New York, who turns around and sells it to the victim in New York where the victim overdoses, the original seller may be the only one on the hook for violating a New Jersey law. New Jersey’s jurisdiction does not extend to the New York residents and sale that took place there (State v. Ferguson 455 N.J. Super. 56 (App.Div., 2018)).

Anyone charged with violating N.J.S.A. 2C:35-9 is facing decades of prison time and a life changed forever. While jurisdictional and other defenses exist, you need a criminal defense attorney highly familiar with the strict liability for drug-induced deaths law in New Jersey and what can be done to defend you based on the particular facts and evidence in your case. No doubt, you want an attorney who can help you downgrade the charge, reduce the sentence, or try to case for a not guilty verdict. At The Tormey Law Firm, you’ll find a team of renowned drug charge defense lawyers who challenge some of the most serious drug cases in Morris County and across the state, including charges for heroin distribution, manufacturing or distributing marijuana, maintaining a CDS production facility, intent to distribute cocaine, and drug offenses in a school zone. No matter what you are up against, we have the experience and diligence to handle every aspect of your case.

We serve clients in towns such as Mount Olive, Boonton, Morris Township, Parsippany, Rockaway, Denville, Roxbury, Hanover, and Madison. Contact our Morristown law office today if you are in need of a free consultation related to a strict liability for drug induced deaths case. (908)-336-5008.