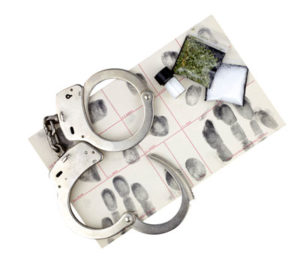 Fortunately, our Morris County drug possession lawyers know how to handle these cases and we have a variety of defense strategies that we use to undermine the prosecution’s case. For example, you can have evidence deemed inadmissible if the search was unconstitutional or if the officer did not have probable cause to conduct the motor vehicle stop that led to the charges. After a thorough investigation of the specific circumstances of a case, we identify all potential weaknesses that may be used to have a CDS possession charge dismissed. For a free consultation about your drug possession charges in New Jersey, contact our offices in Morristown anytime at (908) 336-5008 or reach out online. And please feel free to read on for a better understanding of NJ charges for possession of a controlled dangerous substance.

What You Need to Know about Drug Possession in NJ

If you are found in possession of a drug like marijuana, cocaine, or heroin, these are considered “controlled dangerous substances” or “CDS.” The law that addresses possession of CDS charges in New Jersey can be found in section N.J.S.A. 2C:35-10 of the New Jersey Criminal Code, entitled “Possession, use or being under the influence, or failure to make lawful disposition.” Notably, New Jersey recognizes two different forms of possession: actual possession and constructive possession. The type of possession involved is extremely relevant when defending your innocence in court.

Actual possession means the drugs were on your physical person. So, perhaps you had marijuana in your pocket or heroin in your shoe. However, countless CDS possession charges result from constructive possession, which is more nuanced. Often, a person is pulled over in their car with several other people. A resulting search leads the officer to find drugs or drug paraphernalia. If no one takes immediate responsibility for the drugs, the officer can arrest all of the vehicle’s occupants and charge them with possession of CDS. Why is this? Because constructive possession means that you were aware of the substance and you could have exerted control over it. In other words, if you knew about the drugs and you had the intent to exercise control over them at some point, you are as guilty as everyone else in the car. Fortunately, an experienced drug defense attorney can cast doubt on your awareness of the drug and/or your intention to exercise control over it.

In cases of actual possession, such as those where you were alone in your car or you had the drug in your backpack, there are still ways to successfully challenge the admissibility of evidence. For instance, if the officer had no reason to conduct a traffic stop or no reasonable belief that a crime was being committed when they searched you or your vehicle, the evidence is considered “fruit of the poisonous tree” and cannot be used against you. As a result, it is essential to have a knowledgeable defense lawyer who can review your case to identify potential errors in police protocol or violations of your rights.

What are the Penalties for Possession of CDS in New Jersey?

Possession of more than 50 grams of marijuana or a drug found in Schedule V is a fourth degree crime. Schedule V controlled dangerous substances are often sold over the counter at local pharmacies. Fourth degree drug possession is still considered a felony in New Jersey, meaning it’s a case that can result in up to 18 months imprisonment. However, it is often possible to have these charges downgraded to a lesser offense and remanded to municipal court where the penalties are less severe.

Possession of under 50 grams of marijuana is the leading drug charge by a landslide in New Jersey. This is considered a disorderly persons offense, punishable by up to 6 months in county jail and a fine of up to $1,000. If you have no prior record, you can get this charge dismissed entirely by completing a diversionary program known as Conditional Discharge. You can also erase the arrest from your record through the process of expungement.

The New Jersey Statute that explains charges for possession of a CDS is extensive. The statute is provided in its entirety below for your reference:

a. It is unlawful for any person, knowingly or purposely, to obtain, or to possess, actually or constructively, a controlled dangerous substance or controlled substance analog, unless the substance was obtained directly, or pursuant to a valid prescription or order form from a practitioner, while acting in the course of his professional practice, or except as otherwise authorized by P.L.1970, c.226 (C.24:21-1 et seq.). Any person who violates this section with respect to:

Any person who commits any offense defined in this section while on any property used for school purposes which is owned by or leased to any elementary or secondary school or school board, or within 1,000 feet of any such school property or a school bus, or while on any school bus, and who is not sentenced to a term of imprisonment, shall, in addition to any other sentence which the court may impose, be required to perform not less than 100 hours of community service.

b. Any person who uses or who is under the influence of any controlled dangerous substance, or its analog, for a purpose other than the treatment of sickness or injury as lawfully prescribed or administered by a physician is a disorderly person.

c. Any person who knowingly obtains or possesses a controlled dangerous substance or controlled substance analog in violation of subsection a. of this section and who fails to voluntarily deliver the substance to the nearest law enforcement officer is guilty of a disorderly persons offense. Nothing in this subsection shall be construed to preclude a prosecution or conviction for any other offense defined in this title or any other statute.

If you were arrested for possession of CDS or another drug charge in New Jersey, this could be a serious hindrance that affects the rest of your life or a minor issue that you can completely move past. Travis J. Tormey and his team of highly skilled drug defense lawyers have successfully resolved thousands of drug cases in Morris County or throughout New Jersey. Contact The Tormey Law Firm today for a free consultation about your drug possession charge. We can be reached at (908) 336-5008 or online anytime to provide you with more information.