If Charged with a Crime, You have the Right to a Trial, but Seasoned Counsel Can Help You Explore Alternative Options to Reduce the Penalties in Your Case. 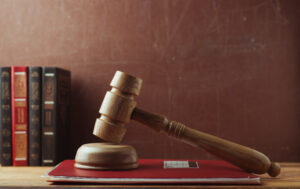 As experienced criminal defense lawyers who have been successfully defending clients in criminal courts all over New Jersey for many years, we are uniquely familiar with the process of criminal charges being downgraded, why and how they are downgraded, and what that means for you. This provides you with more information about getting criminal charges reduced. It will also highlight the necessity of obtaining an attorney experienced with plea bargaining and negotiating plea agreements for defendants accused of a crime in Superior and Municipal Courts of New Jersey. For more information about how this applies to you, please contact us to speak with one of our criminal defense lawyers regarding your particular case. We encourage you to have a free consultation with us anytime, day or night. Call (908)-336-5008 if you have been charged with an offense in Hanover, Florham Park, Roxbury, Madison, Denville, Mount Olive, Pequannock, Morristown, or elsewhere in Morris County.

What Factors Determine the Crime You are Prosecuted for in New Jersey?

In New Jersey, there are levels of severity to crimes that the state sees fit to prohibit. The government, whether it be the state, county, or municipal government, chooses what crimes to prosecute based on a few factors. These factors include resources such as time, money, personnel, etc. There are also other factors that will dictate which crime you can be prosecuted for, and what level of severity the crime starts at. Factors like these could include both aggravating and mitigating factors such as violence, or mental illness. Trends in crime, intelligence, and ongoing investigations can also play a big part in whether you are charged with an indictable crime, or a disorderly persons offense.

New Jersey labels the levels of severity assigned to certain statutes a little differently than most states who use words like felony and misdemeanors. Felonies, in New Jersey, are known as indictable offenses and are heard in Superior Courts typically located in the capital of the county. We won’t discuss how the appellate process works in this article, or administrative jurisdiction and other courts with similar jurisdiction. It is important to know that indictable crimes are the most serious offenses to be charged with under the New Jersey State criminal code (state crimes in New Jersey).

If a defendant happens to be charged with several offenses, tickets, etc. as part of their big night out on the town, the offenses stay together as part of a single case file comprised of a complaint (usually a summons) and the tickets that were issued to the defendant. If the complaint has at least one indictable crime, however, the case file automatically goes to the superior court to be screened by the assistant prosecutor in order for the county prosecutor to determine if the case is serious enough for resources to be dedicated to the prosecution of it.

Each level means something different. Only indictable offenses are heard by Superior Court Judges, IF the county prosecutor decides to leave the indictable offense as an indictable. They can also decide to DOWNGRADE charge to a disorderly persons offense. When they decide to downgrade the offense, the case is no longer capable of being heard in the superior court and must be heard in the municipal court having jurisdiction of where the crime took place.

When Do Indictable Offenses Get Downgraded?

Usually, within the first two weeks of an indictable complaint being issued to a defendant, will it be screened by an assistant prosecutor. The prosecutor offices all across the state are extremely busy and may be understaffed. Indictable offenses in one county may remain at the Superior Court because they simply have the time to do it, but another county may downgrade it back to municipal court and let the municipal prosecutor handle the newly amended disorderly persons offense.

A Few Examples of Downgrading Charges

A very common example is shoplifting in New Jersey. N.J.S.A. 2C:20-11 prohibits shoplifting from retail stores. The value of the goods stolen determines the level of severity of what crime is written on the complaint. Under $200.00 worth of stolen goods is a disorderly persons offense. Over $200.00, obviously, is indictable. If the defendant’s indictable complaint gets sent to the county prosecutor, and they do not have a criminal history, this crime is commonly amended to the same exact statute, except as it appears for someone who steals under $200.00 worth of goods. This can happen with all crimes, but another common example is drugs.

You ever see one of those classic crime movies where a cop says “we need to get these drugs off the street! First, we find the dealers, then the supplier.” Well, the clients of the dealers might be considered the “small fish” who would get charged with possession of (whatever drug they bought). The person charged gets a complaint, and in exchange for a very light sentence, they tell the police everything about the dealer. The dealer gets arrested for selling drugs. This would be an indictable complaint, which would be sent to the county prosecutor. The dealer gives up his supplier, and the supplier is arrested. This is also an indictable complaint, and both are sent to the county prosecutor. The prosecutor may think, “well there are many dealers selling small quantities,  so I will downgrade this charge from an indictable to a disorderly persons and let the municipal court prosecutor handle this. But, the supplier is a “big fish” so if we keep his offense as an indictable, we can send him to prison hopefully and prevent the supply of drugs in our county.” The state makes decisions like this every day, but it’s much more streamlined than this. Typically they watch for a specific statute that will get automatically downgraded and maybe some statutes that require them to read the narrative of the complaint in order to get a fuller picture of what happened. 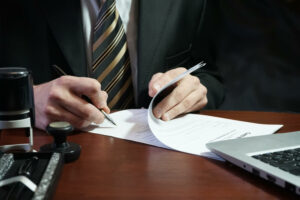 First and foremost, what allows a certain crime to be heard in a certain court is the level of severity determined by the county prosecutor. Indictable complaints are the defendant’s only ticket of admission to a superior court. However, that doesn’t mean that the only sentence, conviction, or agreement can be for an indictable offense. Once you are in, and appear in court, you can plea to a lesser crime such as a disorderly persons offense.

Attorneys and government prosecutors negotiate pleas before and during the life span of a criminal complaint. Plea agreements can include the promise to plead guilty to one crime while another gets dismissed, or dismissing a complaint in exchange for a promise to attend rehab. Restitution of victims may dictate the terms of the plea agreement. Overall, the state’s willingness to negotiate a plea is inversely related to their ability to prove the case, or obtain a conviction if the case has to go to trial before a jury or judge. Prosecutors have to know what evidence, discovery they have for the case, because this is their only bargaining power. They MUST prove every element of a crime beyond a reasonable doubt in order to get a conviction, but if they don’t think they can do that and the case is more likely to be dismissed, they will want to settle the case immediately. The more favorable an offer a defendant receives, the prosecutor knows, the quicker the case is resolved.

Make no mistake about it, this is an art form. Everything is considered. An experienced attorney understands the importance of a plea bargain. Superior courts hear offenses such as First and Second degree indictable crimes, which carry the presumption of incarceration. If you are found guilty of either a first degree or second degree crime, there is a 99% that you are going to prison or jail. Unless, an experienced defense attorney negotiates with the prosecutor to downgrade the charge to a lesser indictable, disorderly persons, etc. and avoids the presumption of incarceration. It is imperative that your attorney is experienced with plea agreements because that may be the reason you remain free.

Obtaining a Downgrade, from a Pebble to a Diamond

Let’s say, for example, you are charged with the indictable offense of possession of heroin which is punishable by one year or more in state prison, and a mountain of fines, costs and fees associated with the sentence that will take you years to pay.  You hire a very experienced, skilled and accomplished attorney to represent you. The attorney begins plea negotiations with the county prosecutor, requesting that the charges be downgraded to municipal court. The attorney knows the prosecutor, as they deal with each other all the time, and respect the other’s practice of law. The prosecutor and your lawyer discuss that you, as the client, have a substance use disorder, do not sell any drugs, and really you’re in desperate need of help.

The prosecutor may decide to downgrade the charge to municipal court or recommend that you start filling out a Drug Court application. Either route taken keeps you out of jail, and the financial obligations are much more flexible. Drug Court allows you to attend treatment and get help (for free), mandates that you report to probation every so often, pass drug tests administered, get a job, support yourself and any dependents, and basically start life over. However, getting the charge downgraded to municipal court might be the better option, and here’s why: municipal diversionary programs.

Municipal diversionary programs, like the conditional discharge program, is when the judge imposes a sentence of probation (min. of 6 months), where you drug test, stay in touch with your probation officer, and follow all guidelines given by your probation officer. If there are no new charges or any probation violations (failed drug test, not reporting, etc.) and you are on your best behavior for the duration of probation, your original charge will get dismissed, and there will be NO criminal conviction on your record. That is a huge benefit to municipal diversionary programs. Drug Court offers this perk as well, but it lasts between 2.5 years and 5 years. At the end of 5 years you become eligible for an eligibility screening, and you are at the mercy of the court staff, public defender, and prosecutors to coordinate in order to expunge your record. The entire process of a Drug Court expungement could take an extremely long time. 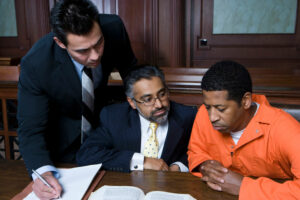 Arrested for an Offense? We can Assist You in the Process of Downgrading Your Charges

No matter what the charge you’re facing, whether it be gun charges, drug possession, aggravated assault, eluding police, or another offense, you will fail to get off at the final stop unless you have an experienced criminal defense attorney to help negotiate and argue your case. If you have been arrested or issued a summons in Mount Arlington, Netcong, Chester, Boonton, Madison, Chatham, Jefferson, or another Morris County town, contact our Morristown office at (908)-336-5008 for the help of an accomplished criminal lawyer. The consultation is absolutely no charge and is available around the clock to best serve you.

« Do Police Need a Warrant to Search Your House in New Jersey?
NJ Age of Consent Laws »