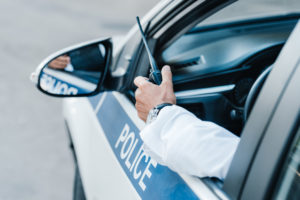 A contempt of court charge can have devastating consequences. If you are convicted of contempt of court for violating a restraining order in New Jersey, you could be looking at serious prison time, as well as have a felony conviction appear on your permanent record. That’s why you need an experienced criminal defense and domestic violence attorney on your side.

Travis J. Tormey is an experienced criminal defense and drunk driving (DWI) attorney with vast experience in courtrooms throughout Morris County, NJ, including Morristown, Parsippany, Mount Olive, and Denville. As a litigator, Mr. Tormey has successfully defended countless clients against a variety of criminal charges, including stalking, harassment, and criminal sexual contact. Prior to starting the Tormey Law Firm, LLC, Mr. Tormey worked at the United States Attorney’s Office. As the attorney’s office, he assisted with federal prosecutions for the sex crimes unit, the white collar crimes unit, and the gang task force. Mr. Tormey also has the distinction of having worked for two of the largest criminal defense firms in New Jersey before starting his own practice.

When you hire the Tormey Law Firm, you hire Mr. Tormey. Mr. Tormey will put his years of experience to work for you. He will handle your case personally from beginning to end. You will never have to worry about a less experienced associate handling your case and formulating strategy. If you’ve been charged with contempt of court in New Jersey, do not hesitate to contact Mr. Tormey at his Morristown office. He is available day or night, so call 866-949-6948 today for a free consultation.

Contempt of Court in New Jersey

Contempt charges in New Jersey are governed by N.J.S.A. 2C:29-9, which provides, in pertinent part:

§ 2C:29-9. Contempt.
a. A person is guilty of a crime of the fourth degree if he purposely or knowingly disobeys a judicial order or hinders, obstructs or impedes the effectuation of a judicial order or the exercise of jurisdiction over any person, thing or controversy by a court, administrative body or investigative entity.

As used in this subsection, “state” means a state of the United States, the District of Columbia, Puerto Rico, the United States Virgin Islands, or any territory or insular possession subject to the jurisdiction of the United States. The term includes an Indian tribe or band, or Alaskan native village, which is recognized by a federal law or formally acknowledged by a state.

A contempt charge in New Jersey typically comes about when a person violates a Temporary Restraining Order (TRO) or a Final Restraining Order (FRO) that has been issued. Violating a restraining order in New Jersey can be classified as either a fourth degree criminal offense or a disorderly persons offense, depending on the circumstances. For example, if you committed another criminal offense while violating the restraining order, you can be charged with fourth degree contempt. A fourth degree felony is punishable by the following:

Contact a Mount Olive Contempt Defense Attorney Near Me

The punishment for a contempt offense can be severe. If you have been charged with contempt in New Jersey, it is imperative that you speak with an experienced criminal defense lawyer so that you can explore all of your available options. Call the Tormey Law Firm today at our Morristown location. You can reach us day or night at 866-949-6948 for immediate assistance and a free consultation.