Your First Appearance in a Criminal Case in NJ 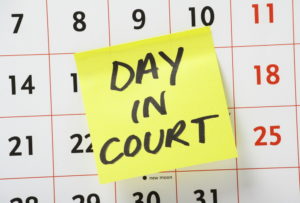 When someone is arrested for an alleged crime in New Jersey, the law guarantees a person the right to see a judge soon after their arrest. This happens during your first appearance. The most important aspect of the first appearance is to provide the defendant with information about the charges, their rights, and the criminal process.

What does a First Appearance in Criminal Court Mean in NJ?

Your first appearance is also called your “initial appearance” in your New Jersey criminal case. It is one of the first times that you will interact with the judge and prosecutor in your case. However, the process varies depending on how you were brought into custody and the degree of the charges filed against you. If you responded to a summons, your first appearance can be very different than if you were arrested due to an arrest warrant. Regardless of how you get there, the first appearance accomplishes many of the same goals.

What Happens at the First Appearance in New Jersey?

At the first appearance, the Court will inform the defendant of the charges against them and advise them of their rights. These will include the right to counsel, including whether the defendant wants a private attorney or meets the income qualifications to get a public defender.

Your First Appearance after a Summons

A complaint-summons asks you to appear in court on a specific date and time. You are not detained as part of this process. Summonses are generally used to appear in municipal court, which means that the alleged conduct does not rise to the level of a “crime” under New Jersey law. It is considered a violation of criminal law, but is a lesser offense known as a disorderly persons or petty disorderly persons offense.

If you do not appear for your first appearance as required, an arrest warrant may be issued and your driver’s license may be suspended as well. Then, in addition to the charges that are already being brought against you, the State could also assert a “failure to appear” charge. You need to have your criminal defense attorney obtain a waiver of your first appearance if you cannot attend for any reason.

Your First Appearance if Kept in Jail after Your Arrest

In addition to all of the aspects of the first appearance for a summons, you also have some additional areas to cover if you are arrested and detained based on a warrant for your arrest. The judge will go through an examination of whether you should continue to be held pending your trial date. The judge will also advise about any potential intervention programs, describe the right to a jury trial, and set conditions of any pre-trial release.

This process includes a public safety assessment that is provided by Pretrial Services. It will evaluate whether you are a safety risk and the likelihood that you will fail to appear for trial when it is scheduled. The Court has to review this information and determine whether you should continue to be held in jail. Because of this aspect of the hearing, your first appearance is required to be within 48 hours of the time that you are initially detained. In some situations, the prosecutor will ask that the defendant be detained while waiting for trial. These motions will generally only occur when the defendant was arrested under a warrant, but not always. If the prosecutor files a motion for detention, you will have a detention hearing where the judge will determine whether you should be released or held in jail until the resolution of your case. You should absolutely have an attorney representing you at this proceeding.

Getting Help before Your First Appearance in Morris County NJ

If you have an upcoming first appearance for criminal charges, it is a good idea to retain a criminal defense attorney before your case gets started. The team of criminal defense lawyers at our firm has handled thousands of criminal cases in Morris County and throughout New Jersey, and we can help with every phase of this process. For more information or to schedule an appointment at our local office in Morristown, call (908) 336-5008 or use the contact form to reach an experienced criminal lawyer today. We provide free and completely confidential consultations.

« The NJ Prevention of Domestic Violence Act Explained
BAC under 0.08%? You May Still be Charged with DWI in NJ »