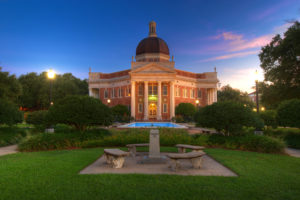 If you have been charged with a crime at Fairleigh Dickinson University, Drew University, County College of Morris, or on another college campus in New Jersey, there are some significant nuances of your case that you should be aware of. Getting arrested at college can be a bit more complicated than being charged with an offense while you are not a student. The complications tend to arise because there may be separate consequences set up by your school that come in addition to the penalties imposed under New Jersey law. Sometimes, being charged with a DUI, disorderly conduct, underage drinking, drug possession, simple assault, or another offense means you not only have to face criminal charges, but you need to deal with your college administrators as well.

College is a great time to explore your interests and learn new things about yourself, life, and your future. For many college students, this is the first time that they are truly on their own as adults. That can lead to some experimentation and reckless behavior in some situations. In others, you may simple find yourself arrested because of the people around you.

If you commit an illegal act on campus and you are caught by campus security or administration, they may choose not to report the incident to the police. Instead, you may have to face administrative penalties that could include things like drug and alcohol evaluations, attending specific classes, and paying fines. You may also be removed from campus and even expelled from your school in some circumstances. On the other hand, if the school chooses to report the incident, then you have to deal with the consequences of a criminal case as well. Under New Jersey law, you are considered an adult while in college. That means that you are subject to full adult penalties if you are charged with and convicted with a crime.

Some institutions have policies about the types of offenses that must be reported. These rules vary by school and the alleged crime involved in your case.

College students often face some of the same types of charges, some of which are explained in greater detail below.

Accused of Underage Drinking in Morristown

Many colleges have their own internal rules about where alcohol can be consumed, if at all, on campus. Of course, if you are not 21 years old, then you can also be charged with underage drinking if you are caught with alcohol in a dorm or a similar location. An attorney can help you deal with the criminal charges as well as the administrative issues with this type of charge.

DUI near Campus in Florham Park

Some students will lose their licenses for months or even years if they are caught driving under the influence at a New Jersey college or university. If you are accused of driving while intoxicated or under the influence of drugs (DWI/DUI) while on campus or any public road, you face a minimum of three months’ license suspension and up to one year for a first offense. In addition to losing your license, which can present a problem when you need to travel to and from class, there are heavy fines associated with drunk driving in New Jersey and three years of insurance surcharges that can be devastating financially.

Possession and drug usage are treated a bit more aggressively compared to alcohol offenses at some schools. Possessing drugs on campus can get you suspended or even expelled in some situations. Drug possession charges that are separate from the school are also punishable by serious penalties in New Jersey. For example, possession of a controlled dangerous substance (CDS) is usually a third degree crime which carries a prison sentence of up to 5 years. The exception to this general rule is marijuana possession, which is considered a disorderly persons offense if you possess less than 50 grams. When drug charges cross the line from possession to distribution, the consequences worsen, as you might expect. Selling drugs at college or off campus can be grounds for expulsion under many circumstances, in addition to jail time and having a criminal record that can limit your future opportunities.

Need a Lawyer for Madison Criminal Case at College

Facing criminal charges at college is a very serious predicament, and getting an experienced attorney is often the best course of action that you or a loved can take in these situations. If you have been arrested on or near Fairleigh Dickinson, Drew, or another university campus, call our Morris County criminal defense lawyers at (908) 336-5008 for help today. We regularly defend students in Madison, Morristown, Randolph, and throughout Morris County.

« Arrested in Morris County, What are my Rights?
Why Drinking Alcohol can get you Arrested in NJ »