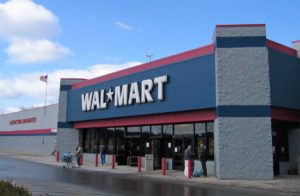 A violent skirmish in a shopping center parking lot in Riverdale, NJ resulted in two people suffering injuries – and later being placed under arrest by law enforcement. The incident has been described by authorities as “road rage,” with the fistfight reportedly stemming from an altercation in the middle of the afternoon in Riverdale, New Jersey. According to Riverdale police, 21-year-old Jemeka Locke was driving a white Honda in the parking lot of the Riverdale Walmart when she nearly struck a car that was pulling out of a parking space. The driver of the other vehicle, 29-year-old Ramis Ilazi, became upset because he believed that Locke had been speeding when she almost hit his car. Ilazi reportedly got out of his motor vehicle to confront Locke. At some point, the verbal dispute reportedly became physical and Locke began to throw various items at Ilazi’s car. (One of the items that Locke allegedly tossed at the other vehicle was a Snapple bottle.)

Although the dispute to this point may have already risen to the level of assault, or some other type of criminal conduct, it is what happened next that likely prompted law enforcement to make arrests in the case. According to authorities, Ilazi approached Locke and got physical. Locke then reportedly attempted to punch Ilazi and strike him with her fists; Ilazi responded by tackling her onto the parking lot pavement. The violent fight continued through the Walmart parking lot and eventually entered the Pier 1 Imports parking lot in the same complex.

Riverdale cops were called to the scene to investigate and determine exactly what happened. Police officers ultimately decided to place Ilazi under arrest. He was subsequently taken to Riverdale police headquarters, processed, and charged with simple assault.

Meanwhile, Locke was transported by ambulance to a nearby medical facility so that doctors could examine her and treat her for minor injuries sustained in the road rage incident. Remarkably, Locke was eventually arrested by police because Riverdale cops reportedly smelled an odor of marijuana coming from her car while they waited for the ambulance to arrive. A subsequent search of the car allegedly led to the discovery of a small amount of marijuana and a ziplock bag filled with hallucinogenic mushrooms. Locke was still taken to the hospital for medical treatment, but police later arrested her and charged her with simple possession of marijuana and other drug offenses.

N.J.S.A. 2C:12-1(a) stipulates that a person can be charged with simple assault if they:

The consequences of a criminal charge for either simple assault or aggravated assault are severe. If you are charged with simple assault, your case will be heard at the local municipal court level. (For instance, the man charged in the Riverdale Walmart road rage incident will likely have his case adjudicated in Riverdale Municipal Court.) A person convicted of simple assault could be sentenced to up to six months in the local county jail and fined up to $1,000, as well as related court costs.

Whether you have been charged with simple assault or aggravated assault in NJ, the first thing you should do is contact an aggressive criminal defense attorney who understands the nuances of the law and who knows how to help you beat the charges. Travis Tormey, the founding partner of the Tormey Law Firm, is an experienced Morris County criminal lawyer who is prepared to defend you against assault charges anywhere in New Jersey. Contact Attorney Tormey now to discuss your case or to schedule a free consultation at the firm’s office in Morristown.