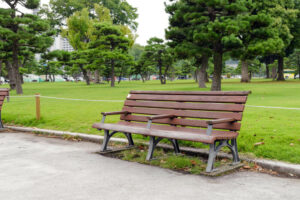 Illicit drug use is a problem every state faces, New Jersey no different than any other. Addictive and dangerous drugs like fentanyl, heroin, and oxycontin cause countless deaths when users overdose. In addition, when users experiment or recreate with these drugs without medical reason or supervision, they often commit other crimes to support their addiction. Thus, the New Jersey State Legislature passes laws to stem the flow of illegal drugs in communities by punishing those who sell drugs. Controlled dangerous substance laws in New Jersey target the type of drug, the sale location, who sells it, and to whom. One such law, N.J.S.A. 2C:35-7.1, prohibits anyone from selling drugs within 500 feet of public parks, housing facilities, or buildings like libraries or museums. Moreover, New Jersey strictly punishes the distribution or possession of a controlled dangerous substance (CDS) with intent to distribute around public spaces. If you have been charged with this serious second crime, aggressively defending your case is an absolute necessity, as you could be sentenced to up to a decade of imprisonment.

If you were arrested and charged with distributing, dispensing or possessing drugs with intent to distribute in a public park or public housing facility, connect with the experienced criminal defense lawyers at The Tormey Law Firm to discuss your situation and assess your defense options. We have achieved great success when defending clients charged with controlled dangerous substance offenses violating N.J.S.A. 2C:35-7.1. Whether it be heroin, marijuana, prescription drugs, or cocaine that led to your public property distribution charges in Morris County, we can help. Our decades of experience handling defense for distributing CDS within 500 feet of parks, housing projects, and government buildings in Morristown, Parsippany, East Hanover, Rockaway, Roxbury, Denville, Boonton, and other communities around New Jersey could be your greatest asset when seeking to avoid or minimize major consequences of being found guilty. For a free confidential consultation about your case, contact our Morristown office today. Our team is prepared to answer your questions anytime. Simply call (908) 336-5008.

According to the statute, a public park is a state or local government-owned playground or other recreational site, and public housing refers to low-income, government-provided housing. Evidently, the New Jersey legislature intended to protect communities by prohibiting drug distribution in public areas where children play, and families recreate or visit. Like laws that punish drug possession, distribution, or dispensing at or near a school zone, the public safety of vulnerable populations like children, is a compelling concern and intention behind the law. As such, the law mandates strict punishment for violators. Specifically, an accused dealer risks a second degree crime conviction when they violate section 2C:35-7.1 of the criminal code unless the CDS is a small amount of marijuana. Then, it is a third degree crime.

Moreover, an accidental visit to a protected public space is no excuse for breaking the law. Regardless of whether the accused was aware they were in or near a public zone, they are guilty of violating the law if they are within 500 feet of the protected area. To prove the defendant committed the crime, the prosecution must show that the defendant was within those 500 feet of the public park, housing, or building. In addition, they must demonstrate by an official, authorized municipal, county, or state map that the defendant was in that protected area with drugs they possessed and intended to sell for profit.

A second degree crime conviction could mean 5 to 10 years in prison. A convicted individual also pays maximally $150,000.00 in fines for a second degree violation. The penalties include maximally five years for getting caught with less than an ounce of marijuana and a fine of up to $35,000.00 for a third degree crime. Also, this is a separate crime from other drug-related offenses, such as selling drugs to a juvenile or manufacturing, distributing, and dispensing any type of controlled dangerous substance.

Proving the elements of the crime may challenge a prosecutor. For instance, to overcome an affirmative defense to the crime, the prosecution would have to show the individual was within the protected zone, intending to sell drugs to anyone, including a minor. An individual with drugs to use or share only with adults in the prohibited public area does not violate 2C:35-7.1. Depending on the drug and amount, they may be guilty of violating the drug possession statute, but not the specific code deterring drug dealers from peddling illegal drugs in vulnerable spaces, like public housing, buildings, and parks. Only distributing drugs for profit within the zone or to a minor results in a violation of the section.

Arrested for Distribution Near a Park, Housing Facility, or Public Building in NJ?

If the state is charging you with a violation for selling drugs in a forbidden zone around public housing, parks, or buildings, connect with our team of talented Morris County criminal defense attorneys to explore the details of your case and find out how we can defend you against the charges. We can guide and advocate on your behalf through the criminal process. You do not have to face the state alone in a public property drug distribution case. Contact our Morristown office now to learn more in a free consultation. A member of our team is available to assist you immediately at (908) 336-5008.