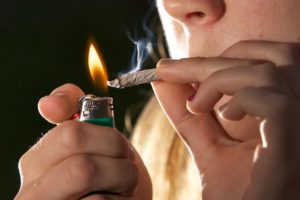 Simple Possession of Marijuana in N

Mr. Tormey received the prosecutor’s discovery package, which included video evidence obtained from the arrested officer’s vehicle. Upon review of the evidence, it became very clear to Mr. Tormey that this was an unlawful search and that the evidence had been illegally seized from the defendant.

In this case, Mr. Tormey’s client had been pulled over for having a cracked windshield. When the police officer approached the vehicle, he allegedly smelled marijuana. The officer searched both the driver and the passenger, with negative results. At that point, the officer asked for consent to search the vehicle, informing the occupants that if they failed to consent to a search, he would “get the dogs” to search the car anyway.

The subsequent search of the vehicle is a prime example of an illegal search in NJ. NJ state law requires that the consent to search be voluntary. In State v. Johnson, an important case defining the limits of search-and-seizure law in NJ, the NJ Supreme Court declared that “an essential element of such voluntariness is knowledge of the right to refuse consent.”

With the evidence clearly indicating that this had been an illegal search, Mr. Tormey successfully filed a motion to suppress the unlawfully seized evidence. As a result, the charges against Mr. Tormey’s client were dismissed. This was the correct result in the case and a major victory for the Tormey Law Firm.