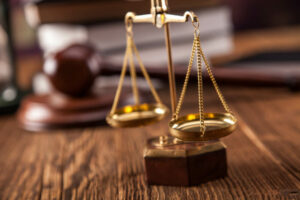 The No Early Release Act (NERA) is a New Jersey law, enacted in 1997, which requires that individuals who are convicted of a first or second degree “violent” crime serve at least 85% of their prison sentence before they can be granted parole. Once paroled, NERA also applies a mandatory parole time of three years for second degree violent crimes or five years for first degree violent crimes. This law is intended to provide transparency in the judicial system and accountability to victims. NERA is modeled, in part, after the federal Omnibus Crime Act of 1994, which aimed to close the gap between criminal sentences and time actually served. In enacting NERA, the New Jersey legislature applied the requirements only to “violent crimes,” but did not provide any exemptions under the law. It is critical that you seek the advice and representation of an experienced and skilled criminal defense attorney regardless of the severity of the charges against you, but especially if you are accused of a violent crime subject to the mandatory parole ineligibility term under the No Early Release Act. Navigating these cases and potentially getting a dismissal or downgraded charge requires in depth understanding of the prosecution’s limited discretion in these cases and the exceptions that may apply.

Our accomplished criminal defense attorneys have over 70 years combined experience defending clients charged with NERA crimes throughout Morris County and New Jersey. We understand how intimidating it can be to face the possibility of a lengthy prison sentence and a felony conviction that changes your life forever. Do not hesitate to contact our Morristown office at (908)-336-5008 if you or a loved one is facing charges subject to NERA requirements. We can put an end to your questions and doubts, and help you build a solid defense that aims at preventing the court from imposing harsh, life-altering punishments. The consultation is always provided free. We encourage you to contact our lawyers today to talk through the details of your NERA criminal case in Parsippany, Roxbury, Florham Park, Hanover, Dover, Harding, Madison, and all other Morris County areas.

Under The No Early Release Act (“NERA”), a violent crime is defined as one that causes death or serious bodily injury to the victim or a crime using or threatening to use a deadly weapon. These crimes include murder, aggravated manslaughter, manslaughter, vehicular homicide, aggravated assault, kidnapping, aggravated sexual assault, sexual assault, aggravated arson, burglary, robbery, carjacking, disarming a law enforcement officer, extortion, terrorism, strict-liability for drug-induced deaths, booby traps in manufacturing or distribution centers, and producing or possession chemical weapons, biological agents, or nuclear or radiological devices.

Defendants convicted of being an accomplice to these crimes are also subject to NERA sentencing requirements. Inchoate crimes, or crimes of attempt of conspiracy where the violent crime is not actually completed, are not covered by NERA.

When a charge is entered and a plea is filed with the court, the prosecutor must notify the court in writing whether the defendant is subject to NERA, based on the facts of the case. However, failure by the prosecutor to provide this notice will not waive its applicability to the defendant. The defendant must be informed before entering their plea that serving 85% of their sentence prior to parole eligibility is mandatory. NERA prohibits prosecutors from negotiating to dismiss NERA offenses or downgrade them to third or fourth degree charges, which would no longer be subject to the 85% term of parole ineligibility, except in very limited circumstances discussed below.

With Former Prosecutors and Established Criminal Attorneys on our Team, We Know How to Successfully Navigate NERA Offenses in Morris County

While prosecutors can still negotiate plea bargains that result in charges where NERA requirements would no longer apply, they must explain to the court their reasons for doing so. Prosecutors are not allowed to agree that NERA sentencing requirements will not apply to a covered offense as part of a plea agreement.

Here are a few of the limited circumstances in which a prosecutor can dismiss or downgrade an offense covered by NERA post-indictment:

The prosecutor may potentially dismiss or downgrade NERA charges post-indictment, if they state on the record that the evidence in the case is insufficient to obtain a conviction for a first or second degree crime or that the trial is likely to result in an acquittal. In these cases, the prosecutor may dismiss the charge or downgrade it to a third or fourth degree offense.

Interest of the Victim

After an indictment is issued on a NERA offense, the prosecutor may negotiate a dismissal or downgraded charge if the victim has been consulted, and doing so would protect the victims interests.

If the prosecutor believes that the dismissal or downgrading of an offense subject to NERA is required to assure that the defendant cooperates with the prosecution, they must state so in open court or on camera.

In order for this exception to apply, a written agreement must be provided in which reasonable obligations and expectations of the defendant and the state are set forth regarding the defendant’s promise to cooperate with the prosecution.

In a case with multiple victims, if a defendant pleads guilty to an offense subject to NERA sentencing requirements, the prosecutor has discretion to dismiss or downgrade a NERA offense involving another victim.

Overcoming the Presumption of Imprisonment in a NERA Case 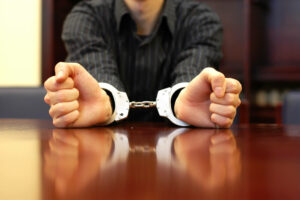 Even though NERA does not specifically require that defendants serve time in prison or a “prison custodial term,” all of the offenses covered by NERA are violent crimes that carry a statutory presumption that a convicted defendant will be imprisoned.

This presumption can only be overcome, and the defendant be sentenced to a non-custodial penalty if there are truly exceptional circumstances. The court must find that imprisoning the defendant would be a serious injustice and that the injustice outweighs the need to deter others from engaging in similar conduct.

Facing Criminal Charges Governed by the No Early Release Act? Seek the Experience of a Morristown NERA Defense Lawyer You Can Trust

If you are facing a criminal charge in New Jersey, it is important to know whether NERA sentencing requirements apply to your case and not to face these allegations alone. For more information and to receive a complimentary consultation, contact us today. With local Morristown offices for many years, our criminal defense lawyers, one of whom is a former Morris County prosecutor, are poised to attack the state’s case against you. We understand what’s on the line when you have been charged with a violent offense governed by the No Early Release Act and we are ready to employ our best tactics for your defense.

Our criminal attorneys defend clients charged with all manner of crimes, ranging from aggravated assault to armed robbery, drugs and guns charges, distribution of cocaine, heroin, and other controlled dangerous substances, unlawful weapon possession, and more. Contact us at (908)-336-5008 if you have been charged in Chatham, Boonton, Denville, Chester, Lincoln Park, Pequannock, Rockaway, or elsewhere in Morris County and get ahead of your case today.