Why Drinking Alcohol can get you Arrested in NJ 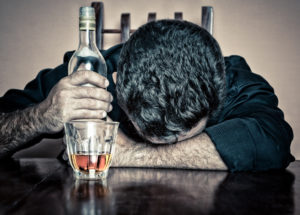 When alcohol is not consumed responsibly, it can be very dangerous. You can drink too much and suffer from blood alcohol poisoning, and the danger involves more than just to yourself. Because alcohol impairs your physical abilities and clouds your judgment, it can trigger dangerous and irresponsible behavior. New Jersey has several laws to combat the adverse effects of alcohol so that anyone consuming it will be less likely to harm someone else. While it is important to recognize the potential problems that drinking can cause for others, it is equally important to understand what trouble you may face when drinking alcohol in New Jersey. Depending on the circumstances of your case, you may find yourself arrested for disorderly conduct, drunk driving, underage drinking, or buying alcohol for someone underage. If you have been charged with a criminal offense related to alcohol in Morris County, contact us at (908) 336-5008 for a free consultation with an experienced Morristown criminal defense lawyer who knows how to defend cases like yours and deliver the best possible result.

This type of offense typically arises when someone drinks too much, and their behavior gets out of control in public. However, the act of actually being drunk in public is not a crime in New Jersey. When your actions supposedly threaten or disturb others, you can be charged with disorderly conduct. Activities associated with this type of charge might include fighting, yelling or screaming, or using offensive language in a public place. You certainly do not have to be intoxicated to be charged with this type of offense, but alcohol can (and often does) play a role.

Arrests for Driving after Drinking

You likely know that it is illegal to drive while under the influence of alcohol or drugs in New Jersey. When your driving is impaired because of the amount of alcohol you have consumed, the likelihood that an accident will occur is much higher. As a result, the penalties associated with a DWI are severe, including heavy fines and a suspended driver’s license. Your insurance premiums will also increase for at least three years following a DUI conviction. Surcharges, court fees, and community service are very common as well.

When dealing with charges for drunk driving, penalties can also vary based on the level of intoxication at the time of the incident. For example, even if it is your first offense, if your blood alcohol content is over 0.10%, you will lose your license for between 7 and 12 months. A lower BAC in the range of 0.08% and 0.10% is punished by a shorter license suspension of 3 months for a first DWI offense.

If you are arrested for drunk driving with a car in the car, you can also face criminal charges for endangering the welfare of a child, which carries possible prison time.

Criminal Charge for Drinking under 21

The legal drinking age in New Jersey is 21 and New Jersey is a zero-tolerance state. This means that if someone under the age of 21 is caught drinking any alcohol, they can be subject to severe penalties. Even if the underage person only had alcohol in their possession, he or she can still face charges. If the individual is over age 18, but under age 21, he or she will be charged as an adult with a disorderly persons offense. Fines for possession of alcohol are between $500 and $1,000. Someone convicted of underage drinking could also be sentenced to jail time for up to 180 days. Attending required alcohol education courses is a fairly common requirement after this type of conviction as well. A juvenile charged with underage drinking will have their case handled in juvenile court, but the punishments can still be harsh.

Any alcohol-related offense in New Jersey can be very serious. If you are facing charges for an offense related to drinking, having a criminal defense attorney on your side can be a significant benefit. Call the seasoned team of criminal lawyers at our firm today for more information on how we can help with your charges in Rockaway, Dover, Parsippany, Morristown, Denville, or surrounding communities in Morris County, NJ.