Ways You can Still be Charged with Marijuana in New Jersey

I thought marijuana was legal in New Jersey, so why am I being charged with a crime? 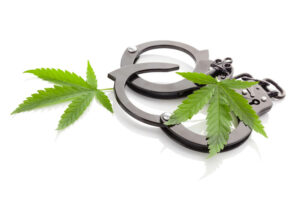 In 2021, the New Jersey Legislature legalized possession of small amounts of marijuana for personal use. Nonetheless, the state did not decriminalize marijuana in its entirety. In fact, individuals can be charged with high level crimes involving marijuana, allowing the court to implement a county jail or state prison sentence upon conviction.

The experienced criminal defense attorneys at The Tormey Law Firm have spent years defending those charged with marijuana and other crimes in the state of New Jersey. Throughout our years as criminal defense attorneys, we learned that many people, just like you, are often charged with offenses due to confusion or a mistake in the law. If you have been arrested for a marijuana related offense anywhere in Morris County or NJ, we are prepared to represent you and your interests and apply our knowledge of the marijuana laws to defend your rights. Call us now at (908) 336-5008 to discuss your case. Free consultations are provided 24/7 and we encourage you to get in touch with us to speak with an attorney about your unique situation.

What amount of weed is legal in NJ and can I still be charged with marijuana possession if caught?

New Jersey permits individuals to possess 6 ounces or less of marijuana. The idea is that this amount or less is consistent with personal use, whether used for pain, relaxation, stress, or sleep, etc. Anything more than 6 ounces is perceived as a precursor to illegal distribution or cultivation. Simply put, New Jersey does not allow people in this state to grow, sell, or to possess marijuana with the intention of selling the substance.

Of course, it is undoubtedly unclear about where you would get the marijuana in the first place if you are not permitted to buy it or otherwise sell the substance. But the fact is, New Jersey does not have a clear interest in the mechanics of how you come into possession of less than 6 ounces and remains concerned only with manufacturing or distributing larger quantities.

However, there are some exceptions to the general rule of thumb that you are allowed to possess less than 6 ounces in New Jersey. The law is not the same on federal property. In New Jersey, you should be aware of the possibility that a particular town or federally owned property may still ban the substance and you can be charged with a marijuana related offense. You can still be arrested for possessing small amounts of marijuana on federal land, such as a national park, and the penalties are stiff.

The Federal Government maintains a list of banned substances, known as “Schedules”. The Federal Drug Schedules are designed to put the public on notice of what is considered to be a per-se illegal substance or that which can only be obtained by prescription, etc. As such, the Federal Government continues to list marijuana as a banned controlled dangerous substance on Schedule I. Because it is not legal and has not been decriminalized on a national scale, you cannot be on Federal Property while possessing marijuana lest you be charged with crime.

As an example, you cannot go on any military bases such as Fort Dix or Picatinny Arsenal or visit any national parks while possessing the substance. So before heading off and starting your hike at the Delaware Water Gap and “toking up” while trekking along the Appalachian Trail, you should know that you can be arrested as it is Federal Property.  You are looking five years to life, depending on how much marijuana you had on you, in a federal prison if convicted.

Similarly, some towns in this state will ban the sale of marijuana, opening marijuana establishments, or the sale of marijuana related paraphernalia. The towns have the right to enact ordinances against such uses and to apply penalties for violators. These ordinance violations are not necessarily crimes but do have penalties that are akin to criminal sanctions. Towns that are considered vacation destinations are fraught with unique ordinances to combat unwanted behavior. It is especially in these locales that the ordinances should be checked before a getaway is planned.

Can I be arrested for a marijuana-related DUI in NJ?

More importantly, before you go on your beach getaway or anywhere else in the state, you should know that it is still illegal to drive a motor vehicle while under the influence of marijuana. Marijuana may be legal but driving while high is not. In fact, if an officer smells marijuana, he will observe you more carefully, looking for signs and symptoms of driving under the influence. A DUI for marijuana is not a crime in the criminal sense, it is technically a motor vehicle violation, but it does carry significant penalties if convicted.
Aside from the above, there are certain marijuana offenses that are felonies.

What felony marijuana charges can I still face in New Jersey?

As noted above, marijuana in an amount less than 6 ounces has been decriminalized in New Jersey. Possessing greater than 6 ounces is in fact a felony/indictable crime. Distributing any amount of marijuana is illegal as well, unless you go through all of the necessary approvals and licensing requirements. For a marijuana distribution offense, even for a minimal amount, you can be charged with a fourth degree crime, subject to 18 months in prison, and forced to pay $15,000 in fines. The charges and consequences go up from there, all the way to a first degree crime, depending on how much of the drug gave rise to the charges.

Possessing or growing marijuana plants is also a crime. Depending on the amount possessed, the number of plants grown, and the overall weight, you can be charged with a third, second, and even first degree crime. For offenses such as maintaining a drug production facility or essentially having a major grow operation, you could go to prison for 10-20 years. Prison sentences are not limited to first degree crimes, as all felony offenses permit a judge to send you to state prison. The number of years in state prison ranges for each level of offense. No matter how low level the crime may be, jail is jail and you may be deprived of your liberty if convicted.

Facing marijuana charges in Morris County, What should I do?

Unfortunately, the truth is that some towns, police officers, or even prosecutors may be unhappy with the current state of the law concerning the legalization of marijuana. As a result, they may attempt to overcharge you or elevate the charges to a higher degree to gain an advantage in your case. Fortunately, we are aware of the problems and tactics frequently used in prosecuting marijuana cases. More importantly, as attorneys, we know that people who represent themselves or who hire inexperienced criminal defense lawyers may not get the best deal, the top result, and may be taken advantage of by more experienced prosecutors. Our attorneys can help by filing motions to dismiss the charges based on flawed evidence, arguing for Pre-Trial Intervention (PTI), having the charges downgraded, or by fighting for you at a trial.

Without a dedicated criminal trial lawyer on your side, you may face grave consequences if convicted of a marijuana offense. Don’t wait to find out what your plea offer is or how you can try to help yourself if you have been charged with a marijuana crime in New Jersey. Instead, attack the case head on and call our attorneys today for a free consultation at (908) 336-5008.

« Facing Charges from a Motor Vehicle Stop
Do Police Need a Warrant to Search Your House in New Jersey? »