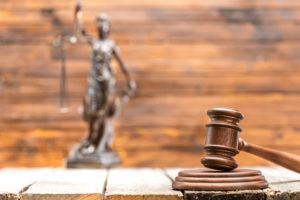 Need a lawyer for a terroristic threats charge in Morris County? We can help.

The Morris County Criminal Defense Lawyers at the Tormey Law Firm LLC recently represented a client in a domestic violence dispute who was charged with terroristic threats in violation of N.J.S.A. 2C:12-3A, a third degree crime, and criminal restraint in violation of N.J.S.A. 2C:13-3, a disorderly persons charge. The client and his girlfriend had an argument in their vehicle where he allegedly threatened to “cut her fingers off” and then stood in front of her vehicle in an attempt to prevent her from leaving. Our client has no prior criminal history and is a young professional. Serious criminal charges like this could significantly impact his future employment opportunities. The third degree charge is a felony in New Jersey, punishable by 3-5 years in state prison, along with fines, possible probation, and a permanent felony conviction on his record. The disorderly persons offense is a misdemeanor charge punishable by up to six (6) months in the Morris County jail, a $1,000 fine, possible probation, and a permanent misdemeanor charge on his record.

First, we were able to convince the Morris County Prosecutor’s office to downgrade the criminal charge from a felony terroristic threats charge to a misdemeanor harassment charge and send the case back to the Hanover Municipal Court for disposition. Then, when we appeared in Hanover Court, the alleged victim spoke to the prosecutor and told him that she did not want to proceed with the case and she was not willing to testify against her boyfriend. Because they had no prior domestic violence calls to their home and the defendant has no prior criminal history, the prosecutor agreed to dismiss the case. In addition, he could not prove the case beyond a reasonable doubt without the victim’s testimony.

The client is now eligible to file an expungement immediately to have the arrest removed from his record as well.