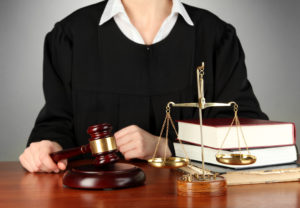 Have you been falsely accused and arrested for drugs in Mount Olive? We can help.

Travis J. Tormey and Christopher Perry of the Tormey Law Firm recently defended a client against charges of simple possession of marijuana and possession of illegal fireworks in Mount Olive, NJ. Both charges were classified as disorderly persons offenses (misdemeanors), so the case was handled in the Mount Olive Municipal Court.

The charges stemmed from more than 25 years ago in 1990, at a time when our client was just a young man. The client and his friends were arrested and charged with these minor offenses, but our client never resolved the charges in court because he soon moved from New Jersey to California. Our client went on to become a successful business man and a fine family man. The NJ drug crime charges became an issue when our client attempted to obtain a firearms license in California. That’s when he hired the Tormey Law Firm to resolve these criminal charges for him.

Mr. Perry stood up for the client in Mount Olive Municipal Court and filed a motion to dismiss the charges based on the age of the case. Additionally, Mr. Perry pointed out to the municipal court judge that the client had been a model citizen and had no criminal record, aside from these minor drug offense charges. Since the State had very little evidence to support the charges, the case was ultimately dropped. Although the client had to pay a small fine for his failure to appear in court 25 years ago, his permanent record was now clear of any criminal charges or convictions. He could now obtain his firearms license in California just as he intended.

Arrested for a Drug Charge in Mount Olive NJ? Contact us today

This was a fantastic result for the client and a major victory for the Tormey Law Firm.