Simple Assault Attorneys Near me in Montvale, NJ 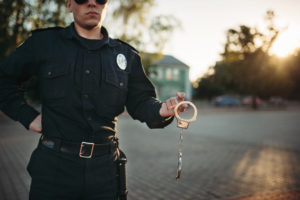 A domestic violence arrest and conviction for simple assault can have seriouse consequences. Here is a case we handled for a client facing those charges where we were able to get the case completely dismissed.

Travis Tormey recently represented a client in the Pascack Joint Municipal Court, which is located in Montvale, New Jersey. Mr. Tormey’s client was charged with simple assault. The charges arose out of an alleged domestic violence incident between the defendant and his wife. As set forth by N.J.S.A. 2C:12-1(a), simple assault is a disorderly persons offense, meaning that the defendant faces up to six (6) months in county jail and a permanent criminal charge on his record if convicted.

Arrested for Simple Assault in Montvale NJ? We can help

Thanks to Mr. Tormey’s efforts, the defendant has no criminal record from this unfortunate incident. However, he does have an arrest record because of the original charge. Mr. Tormey is in the process of filing an expungement to have the arrest removed from his client’s record as well. Overall, this case represented a great success for the firm.