Arrested, Charged with DUI in Passaic County? Call Us 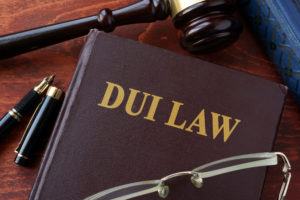 Need attorney for a DUI ticket in Clifton in Passaic County? We can help.

Travis Tormey recently defended a client who was accused of driving under the influence of drugs (DUI) in Clifton, NJ. Additionally, the client was subject to criminal penalties because she was also charged with a disorderly persons offense for being under the influence of drugs. A conviction would have resulted in severe consequences: the client’s license could have been suspended for one year and she faced a possible sentence of six months in Passaic County Jail. Beyond that, the client would have been stuck with a criminal conviction on her permanent record.

A Clifton NJ patrol officer pulled over the client after she reportedly made an illegal U-turn. The police officer then administered field sobriety tests, which the client allegedly failed. The client was arrested and subsequently charged with a DUI. During a later breath test, the client blew .00 percent BAC on the Alcotest machine. But police still suspected that she was under the influence of drugs, so they took a urine sample. After administering the various tests, police should have utilized a drug recognition expert (DRE) to examine the client and determine whether she was actually under the influence of drugs while operating her car. However, police failed to use a DRE at any point after making the arrest.

When the client’s lab results came back, they conclusively showed that the client had no marijuana or other illegal drugs in her system; instead, she tested positive for allergy medication and cough syrup. Since there was no DRE evaluation to bolster the prosecution’s claims, Travis Tormey was able to get both the DUI charges and the criminal charges dismissed. This was a tremendous outcome for our client and a huge victory for the law firm.