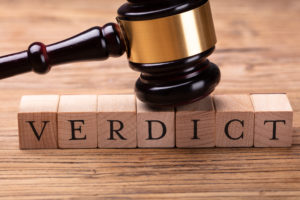 It is hard to believe but a speeding ticket can cause you serious consequences including fines, driver’s license suspension, and even jail time if the speed was egregious. But it doesn’t have to. Here is a case we handled for one of our very happy clients in the Parsippany Municipal Court.

Our client had never had a ticket before in his life. His wife was 8 months pregnant and was ill so we was running late for work which was why he was speeding. It was also 6 am so there were very few cars on the road, if any. Based on all these facts and circumstances, Mr. Tormey was able to convince the prosecutor and the Judge not to impose any jail time or license suspension for this offense. He plead guilty to reckless driving (a 5 point ticket) and paid a fine with no additional consequences.

This was a fantastic result based on the potential penalties our client was facing on all these tickets. If you or a loved one needs assistance with traffic tickets in Morris County NJ including in Parsippany, Denville, Mount Olive, Morristown, or East Hanover, contact our offices anytime for a free initial consultation at 908-336-5008.