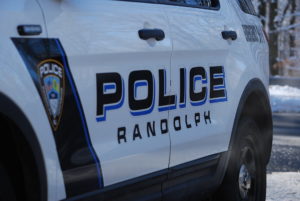 The Randolph Board of Education ruled that administrators at Randolph High School were justified in testing students for drug and alcohol use.

Many adult residents of Randolph, New Jersey were upset after learning that around 75 juvenile students at Randolph High School had been required to undergo drug/alcohol screenings. High school administrators ordered the drug screenings after at least one beer bottle was found in the bleachers of a football game.

In response to criticism from concerned parents, the Randolph Township School District investigated the situation. Now the school district has weighed in and ruled that school officials were within their rights to order alcohol testing. That’s because, according to the school district, there was “reasonable suspicion” that the underage students may have been using drugs or alcohol. Beyond that, since none of the students voluntarily came forward to admit that the beer bottle belonged to them, Randolph NJ school administrators had no choice but to test all of the students.

Randolph NJ officials indicated that authorities actually found several beer bottles in the bleachers at the high school sporting event. Moreover, said school administrators, one of the beer bottles was thrown from the stands and nearly struck a school employee who was seated in the front row.

According to authorities, five students tested positive for alcohol. It is unclear at this time if any of the students who tested positive were charged with a juvenile crime for underage possession of alcohol.

For additional information about this case, see the NJ.com article, “Dozens of Students Rightfully Tested for Drugs, Alcohol, Officials Say.”