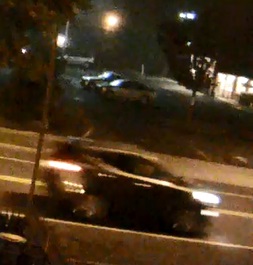 Police are searching for a suspect who allegedly caused a fatal hit-and-run accident in Madison, New Jersey.

According to the Morris County Prosecutor’s Office, a 53-year-old Madison NJ man was killed in a possible hit-and-run accident near the intersection of Main Street and Prospect Avenue in Madison, NJ. Afterwards, the suspect is believed to have left the scene and traveled east on Main Street, heading toward Chatham, NJ.

Although the accident occurred on June 20, the victim did not die as a result of his injuries until July.

After the accident, the victim was taken to the Morristown Medical Center. He remained at the medical facility until his death on July 1.

The Madison Police Department and the Morris County Prosecutor’s Office Major Crimes Unit are conducting a joint investigation into the victim’s death. At this time, investigators believe that the victim may have been critically injured in a hit-and-run car accident.

Authorities recently revealed that they are searching for a 2013-2015 Hyundai Santa Fe Sport. Police believe that the car may have sustained minimal damage in the front area.

If the suspect is eventually identified and located, they would probably be subject to significant criminal charges for vehicular manslaughter and leaving the scene of an accident. As set forth by N.J.S.A. 2C:11-5, death by vehicular homicide is typically classified as a second degree felony. A conviction for vehicular homicide could result in a sentence of 5-10 years in NJ State Prison.

For further information about this case, view the MorrisCounty.com article entitled “Authorities Confirm the Death of the Victim of a Possible Hit and Run in Madison.”