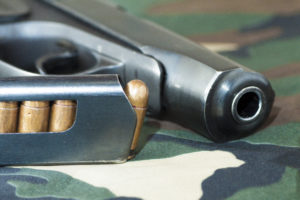 Law enforcement recently arrested a man accused of using a rifle to fire a gunshot into an empty car parked in Chatham Township, NJ.

The shooting incident occurred around 2:30 a.m. The suspect was allegedly driving his vehicle, a limousine, erratically when he crashed the limo into a curb on the roadway in Chatham Township. The suspect then allegedly fired a gunshot from a rifle.

The bullet reportedly struck a motor vehicle that was parked in the driveway of a residence located on Susan Drive in Chatham Township, New Jersey.

The suspect is a 69-year-old man from Chatham Township who reportedly operates a limo company in NJ. He is said to be a former doctor from the Ukraine.

The suspect has also been charged with Driving While Intoxicated (DWI) because authorities said that he was drunk when he committed the offense.

Chatham Township detectives are still investigating the alleged shooting incident. At this time, authorities have not yet disclosed what the suspect’s motive might have been for the shooting.

Arrested for a Gun Charge in Chatham NJ? Call Us For Help

For more information about this case, access the NJ.com article, “Limo Driver Reportedly Charged with Shooting Empty Car While Drunk.”