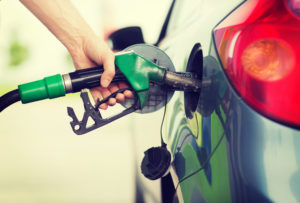 Authorities in Parsippany NJ are investigating a reported burglary at a local gas station.

Police were alerted by an activated burglary alarm at the Exxon gas station located on Route 10 in Parsippany-Troy Hills, New Jersey. When officers arrived at the scene, they discovered that the door to the gas station’s convenience store had been shattered.

Police said that the culprits gained access to the store through the shattered glass door and then stole money from the store’s cash registers. Police also said that the suspects took an undisclosed number of packages of cigarettes.

Authorities have not yet stated exactly how much money went missing from the registers. It is also not yet known if any other store products were taken during the burglary.

If any suspects are eventually identified and apprehended in the case, they could face serious charges. As set forth by N.J.S.A. 2C:18-2, burglary is typically classified as a third degree criminal offense. This means that a conviction could potentially result in a sentence of 3–5 years in New Jersey State Prison.

However, if a weapon was used in the commission of the burglary, this becomes a second degree crime punishable by 5-10 years in prison.

If the defendant’s have no prior criminal history, they can apply for the Pre-Trial Intervention program (known as PTI) for first time offenders. If they are accepted they will be placed on probation and, if they successfully complete the probationary period, the charges will be dismissed.

Parsippany Township police have asked that anyone with information about the theft or the burglars please get in touch with investigators at 973-263-4300.

Arrested, Charged with Burglary in Parsippany NJ? We can help