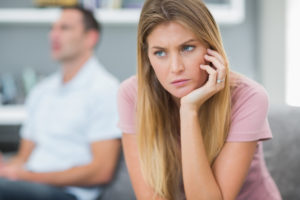 Arrested for Aggravated Assault in Parsippany? Need Attorney? Call Us

Parsippany NJ police recently arrested a man accused of assaulting someone with a broken bottle on Christmas Day.

The violent incident allegedly occurred around 3:30 a.m. on Christmas morning. The Parsippany Police Department received a 911 call about a fight at an apartment located on North Beverwyck Road and dispatched officers to the scene. When Parsippany cops arrived at the residence, they found the victim on the steps of the apartment building.

The victim, a 29-year-old Parsippany resident, was rushed to a nearby hospital with a stab wound to his throat. He was later listed in stable condition at the medical facility.

It is believed that the suspect used a broken bottle to cut the victim’s throat. At this time, it is unclear what might have provoked the violent altercation.

Two days after the attack, Parsippany police found the suspect and placed him under arrest.

After being arrested and charged, the suspect was remanded to the Morris County Correctional Facility in Morristown, NJ. He was being held at the jail in lieu of a $35K bail amount.

Because a weapon was involved, the defendant is facing a charge for second degree aggravated assault which is punishable by 5-10 years in prison. In addition, because it is a violent offense, he must serve 85% of his prison sentence before becoming eligible for parole. Further, he is facing multiple weapons offenses which could increase his prison sentence as well. Finally, depending on the health and damage done to the victim, the prosecutor’s office could decide to indict him on attempted murder charges.

For further information about this case, read the NJ.com article, “Man Accused of Cutting Victim’s Throat on Christmas with Broken Bottle.”