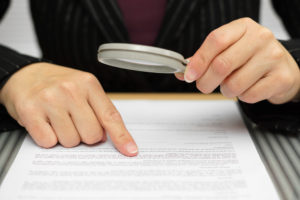 In 1991, New Jersey enacted the Prevention of Domestic Violence Act (PDVA), section N.J.S.A. 2C:25-17. It specifically defined several crimes that, when paired with a specific relationship between the victim and the alleged perpetrator, constitute domestic violence. Further, the PDVA permits victims of domestic violence to get restraining orders through a process that is relatively straightforward and fast, in an effort to ensure that that victim is safe and protected from the wrongdoer.
The Act also allows victims to file criminal charges arising from the same incident that triggered the restraining order. In fact, under the law, a police officer is required to file a criminal complaint if there are visible signs of injury.

Domestic violence between spouses, partners, or cohabitants also increases the likelihood that abuse to children will occur as well. Even if children are not abused, witnessing such abuse between their parents or other adults can have long-lasting adverse effects on children as well.

Under PDVA, domestic violence means so much more than physical assault. It can also include offenses like kidnapping, false imprisonment, criminal mischief, criminal trespass, stalking, harassment, burglary, and more. The law recognizes that domestic violence does not always come in the form of physical harm. It arises from a fear for the health and safety of yourself, your children, or other loved ones.

The victim of domestic violence must also meet specific qualifications based on the relationship between the parties. That relationship can be anyone who is married, separated, divorced, living together or had once lived together, or dating or had once dated. The law also applies if the two people have a child together. The sex of the victim and the defendant does not matter under the definitions found in the PDVA.

Applying the Prevention of Domestic Violence Act in NJ

You have two overarching rights under the PDVA. The first is to get a restraining order through a fast and easy process. The second right is the ability to start a criminal complaint against the person for whatever harm is alleged. The entire law is designed to protect victims and prosecute those who engage in domestic violence.

If a TRO is issued against you, it often affects things like your home life and your ability to see your children, for example. Moreover, if a final restraining order is issued against you, these outcomes could become permanent, with additional consequences like forfeiting your weapons and your ability to own or use a gun for the rest of your life. Notably, the provisions contained in your restraining order can be removed by a judge. But this requires a successful motion to vacate the FRO, which is a highly involved process best handled by an experienced NJ restraining order attorney.

Need to Assert Your Rights under NJ Domestic Violence Law?

If you need help asserting or defending your rights under the NJ Prevention of Domestic Violence Act, local Morristown, NJ Domestic Violence Attorney Travis J. Tormey and his team are here for you. Whether you want to put a restraining order in place or fight against one, our lawyers have assisted countless individuals in your situation in Morris County throughout New Jersey. Contact us at (908) 336-5008 today to learn more about how we can help you. A member of our firm is happy to provide you with a free consultation.

« Can I Resist an Illegal Arrest in New Jersey?
Your First Appearance in a Criminal Case in NJ »