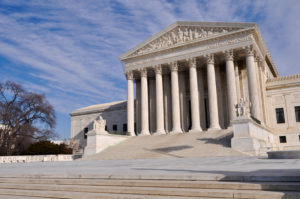 The Newark NJ Police Department reported that they were actively engaged in intensive preparation activities for the upcoming Super Bowl, to be held this upcoming Sunday, February 2 at MetLife Stadium in East Rutherford, New Jersey.

Although the event itself will not be held in their municipality, the Newark Police SWAT team conducted drills to address a series of potential crises at the Prudential Center in Newark, NJ, where the Super Bowl media day was scheduled to begin on Tuesday, January 28.

Newark police expected a large crowd on hand to see the sports stars and celebrities associated with this year’s big game. As a result, approximately 30 members of the Newark SWAT team recently conducted “what if” drills in order to be prepared for whatever the day could bring.

During media day, the SWAT team coordinated with officers from NJ State Police, as well as units from the Federal Bureau of Investigation (FBI), to ensure the safety and security of everyone attending the day’s event. According to Captain Mario Martin, the head of the Special Operations Units in Newark, this amalgamation of law enforcement officials were intended to serve as a “reactionary force” if necessary.

In addition to these drills, Newark SWAT members practiced a number of “high-risk entries,” in which they forcefully entered a premises, secured the area, and handcuffed all of those inside, pending the arrival of additional law enforcement to make arrests and/or serve warrants. The commander of the SWAT team, Sergeant Francesco Rossi, explained that the force regularly serves this function for a variety of other agencies, including the FBI, the DEA, the Newark Police Department, Essex County task forces, and other organizations within the state.

The Newark SWAT team will also be at the ready for the entire week of the Super Bowl. As such, the force has conducted training at MetLife Stadium and at train stations where spectators will be venturing to and from the game. They will reportedly be positioned in the vicinity of the stadium on the day of the event as well, just in case criminal activity warrants their attention.

Clearly, a massive law enforcement presence is needed for a major event like the Super Bowl. The resulting state of hyper-vigilance to crime means that there will probably be many arrests during the festivities.