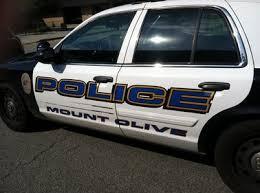 The Mount Olive NJ criminal defense attorneys at the Tormey Law Firm recently scored another victory for a client in the Mount Olive Municipal Court, and the client has avoided having a permanent criminal record and spending time behind bars.  Our client was initially facing an indictable fourth degree crime due to possessing hollow point bullets, two disorderly persons offenses for the possession of marijuana and possession of paraphernalia, and a traffic offense due to having marijuana in her car.  Luckily, the client called the Tormey Law Firm and we got to work fighting the charges.  Eventually, the indictable charge was downgraded and dismissed and the drug charges were conditionally discharged.  If you are facing criminal charges for weapons or drug offenses in Morris County, New Jersey, call the criminal defense team at the Tormey Law Firm to learn about what can be done to fight your charges.

In this case, our client was initially pulled over for using her cell phone while driving. Then the officer smelled the odor of burnt marijuana and conducted a probable cause search of the vehicle.  During the search, the officer found a jar of marijuana, a pipe with suspected marijuana residue and a box of hollow point bullets.  Under the New Jersey Criminal Code, N.J.S.A. 2C:35-10(a)(4), the possession of under 50 grams of marijuana is a disorderly persons offense.  Similarly, pursuant to N.J.S.A. 2C:36-2, the possession of drug paraphernalia is a separate disorderly persons offense, both of which subject the defendant to a $1,000 fine and six months in jail.  But the more severe charge in this case was pursuant to N.J.S.A. 2C:39-3(f)(2) for the possession of hollow point bullets, which is a fourth degree indictable (felony) offense.  Under the New Jersey sentencing guidelines, a fourth degree crime subjects the defendant to a $10,000 fine and up to eighteen months in prison.  Additionally, pursuant to N.J.S.A. 39:4-49.1, the client was also potentially facing a two-year license suspension due to having a controlled dangerous substance in the car.

Fortunately, the client contacted the Tormey Law Firm.  Initially the matter was scheduled at the Morris County Superior Court due to the indictable (felony) fourth degree charge.  But eventually, after analyzing the strengths and weaknesses of the case, our defense team was able to get the case remanded to the Mount Olive Municipal Court.  Then, our criminal defense lawyers negotiated a deal that included a dismissal of the charge related to the hollow point bullets and worked out a conditional discharge of the remaining drug offenses and our client not only avoided jail time but she also didn’t lose her license.  If you’re facing weapons or ammunition charges, marijuana possession charges, paraphernalia charges, or CDS in a motor vehicle charges, contact the experienced Morris County criminal defense lawyers at the Tormey Law firm to learn more about how to fight your case.