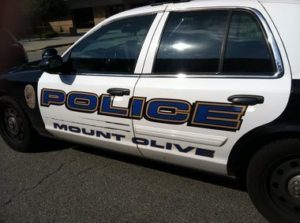 A Budd Lake, NJ man was arrested for allegedly setting fire to his apartment at the Eagle Rock Village complex.

According to prosecutors, the suspect intentionally started the fire by venting propane tanks into his apartment while a candle burned.

Law enforcement officers responded to the fire and encountered heavy smoke. After firefighters extinguished a fire in the apartment’s kitchen, they found a glass candle underneath a kitchen chair. According to authorities, the chair had clothing draped over it.

Mount Olive, NJ police believe that the suspect intentionally started the fire by venting propane into the apartment unit. A statement issued by the Morris County Prosecutor’s Office indicated that “officials located multiple propane tanks venting a flammable substance into the apartment.”

Thankfully, no one was injured as a result of the incident. However, several adjacent apartments had to be evacuated.

The suspect was later arrested in New York.

The suspect was being held in New York while awaiting formal extradition proceedings. When he is transported to New Jersey, he will be held on $100,000 bail.

Authorities have asked that anyone with information about this incident get in contact with the Mount Olive Police Department at 973-691-0850.