Local Disorderly Conduct Defense Attorneys Near Me with offices in Morristown, New Jersey 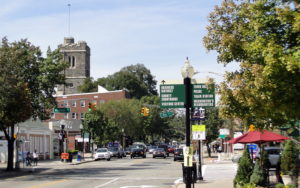 Travis J. Tormey has represented a number of clients over the years who have been charged with disorderly conduct in Morristown, New Jersey. With the number of bars and the large crowds and alcohol consumption later in the evening, there tend to be a number of arrests for these types of charges in the area. Here is an example of a client we assisted who was arrested and charged with disorderly conduct at the St. Patrick’s Day parade in Morristown NJ.

The Morristown NJ criminal defense lawyers at the Tormey Law Firm LLC recently represented a client charged with disorderly conduct in violation of N.J.S.A. 2C:33-2(a). This is a petty disorderly persons offense in New Jersey punishable by up to 30 days in the Morris County Jail, a $500 fine, possible probation, and a permanent criminal charge on your record. Our client, a young professional from New York, has no prior criminal record and was very concerned about this charge because, if he was convicted, it could effect his employment and his ability to get professional licenses in the future.

The New Jersey statute which governs disorderly conduct offenses in New Jersey is N.J.S.A. 2C:33-2, which provides, in pertinent part:

a. Improper behavior. A person is guilty of a petty disorderly persons offense, if with purpose to cause public inconvenience, annoyance or alarm, or recklessly creating a risk thereof he

(1) Engages in fighting or threatening, or in violent or tumultuous behavior; or

(2) Creates a hazardous or physically dangerous condition by any act which serves no legitimate purpose of the actor.

b. Offensive language. A person is guilty of a petty disorderly persons offense if, in a public place, and with purpose to offend the sensibilities of a hearer or in reckless disregard of the probability of so doing, he addresses unreasonably loud and offensively coarse or abusive language, given the circumstances of the person present and the setting of the utterance, to any person present.

Many of the disorderly conduct charges we see revolve around alcohol related incidents that occur on the “green” in the downtown Morristown area and this case was no different. Our client was at the restaurant/bar of Sona 13 when he was asked to leave by security personnel. He refused to do so. The security personnel notified Morristown police department and officers responded and attempted to escort our client from the premises. The client resisted and had a minor scuffle with the arresting officer.

Mr. Tormey personally appeared and negotiated a downgrade with the Morristown Municipal Prosecutor. The officer and prosecutor agreed to downgrade the disorderly conduct criminal offense to a local ordinance (also known as a municipal ordinance) violation which resulted in a $300 fine and no criminal record. This was a great result for our client to preserve his clean record and his future.

Contact a Morristown Criminal Lawyer Today for a Free Consultation

The client has no criminal record as a result of this incident. However, there is an arrest record because he was fingerprinted and processed. According to NJ law, it is a two year waiting period before he can file an expungement to remove that arrest from his record.