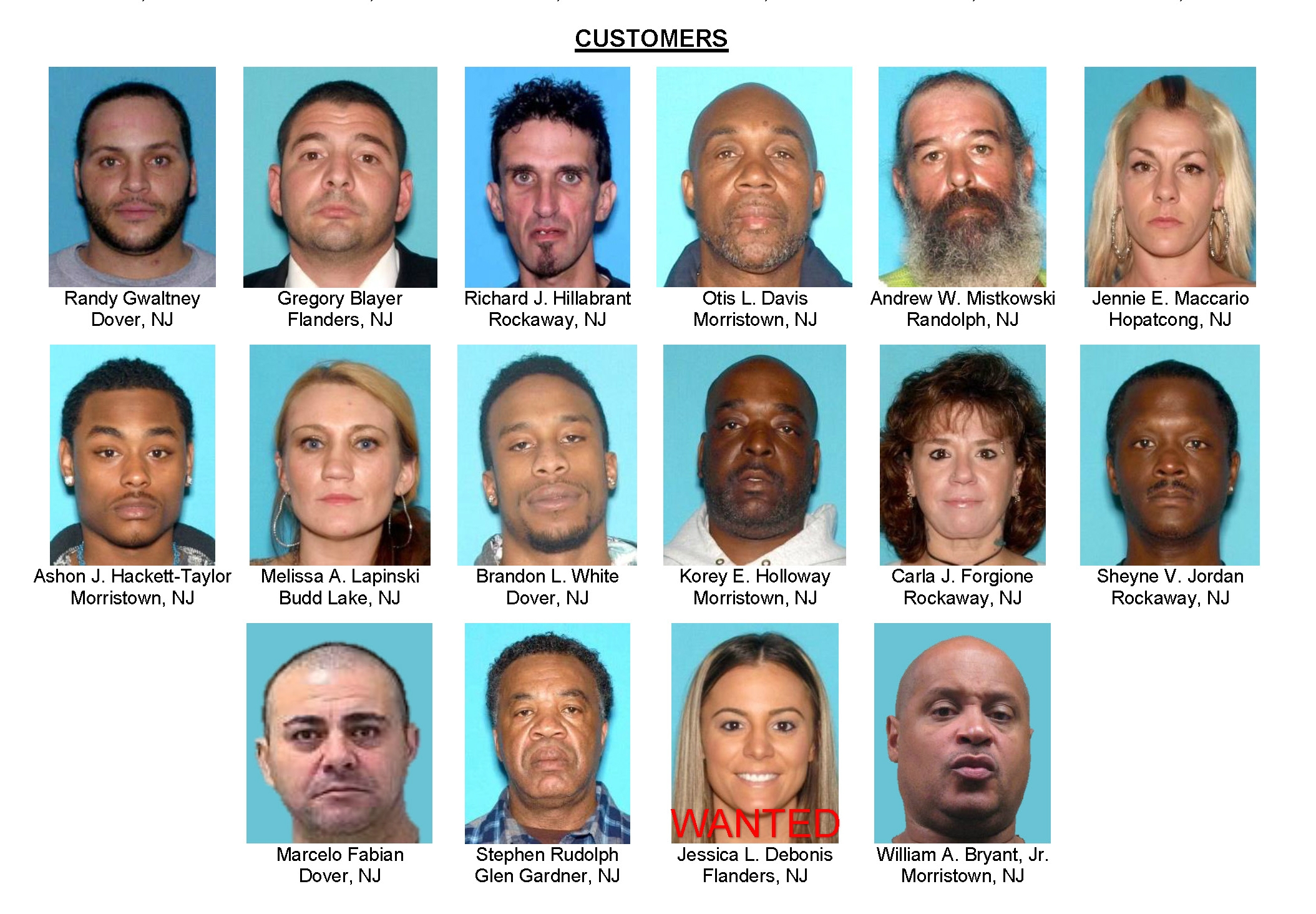 According to authorities, the Morris County Prosecutor’s Office Special Enforcement Unit/Narcotics Task Force opened an investigation into the operation after getting information about illicit drugs being sold in Morris County.

During the drug raids, police also reportedly seized 1,400 folds of heroin, 55 grams of cocaine, and $33,500 in cash believed to be the proceeds of illegal drug sales. Additionally, police officers allegedly seized drug packaging materials and other drug paraphernalia, ammunition for a handgun, and 11 motor vehicles.

The alleged leaders of the drug distribution operation are said to come from one family. The drug network leaders reportedly have bases of operation in Morristown and Dover, NJ. A Morris County prosecutor said that the suspects “were obtaining a significant supply of heroin and cocaine” that was being “imported into Morris County and sold throughout Morristown, Victory Gardens, Dover and surrounding areas.”

The heroin and cocaine was allegedly supplied by a 47-year-old Clifton NJ resident.

For further information about this case, go to the TapInto.net article, “25 Charged in Crackdown on Morris County Heroin, Coke Trafficking.”