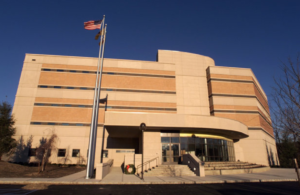 The Morris County Correctional Facility in Morristown NJ plans to open a new wing that will function as a recovery unit for prisoners suffering from drug and alcohol addiction.

The new unit, known as the “Hope Wing,” is being launched by local authorities in response to the rapid rise of prescription opioid overdoses in Morris County and elsewhere in New Jersey. (In fact, opioid overdose deaths are on the rise across the United States and have prompted the federal government to form task forces to try to solve the problem.)

Local law enforcement officials hope that the new unit at the Morris County Correctional Center will provide inmates with a chance to avoid relapsing when they complete their jail sentences are released back into society. The Hope Wing recovery unit will provide a number of services, including classes on anger management, drug abuse counseling, and peer-to-peer counseling.