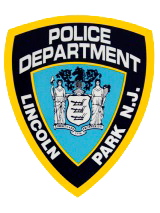 A Bloomfield man reportedly confessed to stealing more than $10,000 from a senior citizen in Lincoln Park, NJ.

Authorities said that the 25-year-old suspect had been employed for two years as a caregiver for the elderly patient. Earlier this year, the family of the patient terminated the suspect’s employment.

Sometime later, the family learned that the suspect had possibly stolen checks from the patient’s bank account and illegally cashed them. Beyond that, the family believed that the checks had been changed so that the amounts were higher.

The patient’s family filed a complaint with Lincoln Park police, prompting an investigation.

Detectives gathered evidence on the suspect and took him to police headquarters for an interview. At that point, police say, the suspect confessed to the crimes and admitted that he took the checks.

The suspect has been charged with third degree theft and forgery.

Theft by deception charges are addressed by N.J.S.A. 2C:20-4. As set forth by the statute, anyone convicted of stealing between $500 and $75,000 is subject to a sentence of between three and five years in New Jersey State Prison.

For more information about this case, check out the NJ.com article entitled “Caregiver Stole $10,000 from Patient, Lincoln Park Police Say.”