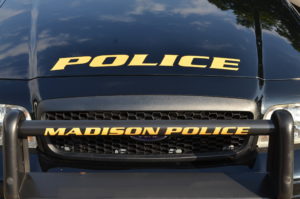 Police in Madison New Jersey are searching for members of the “Felony Lane Gang,” a car theft ring that has allegedly been targeting cars in Morris County and elsewhere in NJ.

The auto theft ring is reportedly responsible for a number of car burglaries in recent months. According to Morris County NJ law enforcement, the suspects have been breaking into vehicles parked throughout the county and stealing valuable items.

The most recent car burglary reportedly occurred at a Walgreens located in Madison, NJ. The Madison Police Department got a 911 call about two car break-ins around 10:00 a.m. The cars had been parked in the parking lot of the pharmacy and drug store.

The suspects allegedly gained access to the cars by smashing in passenger-door windows.

One motorist told Madison police that the suspects stole her purse and other items after breaking into her motor vehicle.

The Madison Police Department is actively investigating the recent thefts. Authorities believe that the “Felony Lane Gang” may be responsible for the burglaries. The auto theft ring is notorious for breaking into motor vehicles parked outside schools and parks in New Jersey.

Anyone who has information about the car theft ring should contact Madison NJ detectives at 973-593-3014.