Harassment as Grounds for a Restraining Order in NJ 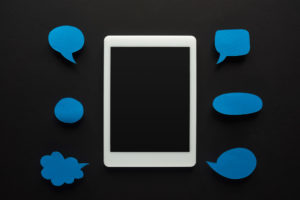 If you are currently involved in a harassment case and seeking help from an experienced attorney, contact our Morris County domestic violence lawyers for immediate assistance and a free consultation. Our lawyers assist clients with harassment cases in Morristown, Denville, Montville, Mendham, Hanover, Madison, Parsippany, Mount Olive, and throughout New Jersey, so call (908) 336-5008 to discuss your case and find out how we can help you.

The NJ Prevention of Domestic Violence Act of 1991 lists 19 criminal offenses against which a person is protected. Included among crimes such as homicide, simple assault, kidnapping, burglary and stalking, is harassment. A petty disorderly persons offense (punishable by a fine of up to $500 and up to 30 days in jail), harassment is defined by law as behavior, with the intent to seriously annoy or harass, in the form of a communication or repeated pattern of communication that causes alarm or annoyance, such as extremely offensive language or communication made at excessively bothersome times. It also includes physical conduct or threats of physical conduct, such as striking, shoving, kicking or other offensive contact or behavior that is calculated to alarm or seriously annoy another.

Under the Prevention of Domestic Violence Act in New Jersey, a person who has been harassed by someone over the age of 18 (or an emancipated minor) who is a spouse, former spouse, lover, paramour, ex dating partner, live-in, co-parent (or future parent if there is a pregnancy), adult child, significant other or other specific relationship, past or present, is considered a victim of domestic violence eligible to file a restraining order.

Restraining Order based on Harassment Allegations in NJ

A restraining order protects a victim of domestic violence, considering the circumstances and situation of the parties. It is filed in the Superior Court Domestic Violence Unit, Family Division, during court hours or at the local police station, where the defendant (the person allegedly committing or who has committed the violence) resides; where the plaintiff (the victim) resides or is temporarily staying; or where the alleged violence occurred. A plaintiff may file a temporary restraining order (TRO) on an emergency basis and seek protection from the defendant’s further violence. A victim may also request the court order that defendant stay away from plaintiff and anyone else in their household, that they be awarded certain property, custody of children and a visitation schedule, as well as monetary support.

Ten days after granting a TRO, the court must weigh and confirm, by a preponderance of the evidence (more likely than not that the facts are true) at a hearing the parties attend, that the TRO become final and permanent. In granting a final restraining order, the court considers the history of violence between the parties, including any existing orders elsewhere; the immediate threat of injury; the finances of the parties; the best interests of the victim or children involved; and whether visitation risks danger to the victim.

Additionally, the plaintiff can concurrently file criminal charges against the defendant at the same court or police station as they filed for the TRO, in a complaint requesting a restraining order. If the victim has visible signs of injury, a police officer must sign the criminal complaint. Whether a defendant is convicted at a later trial of domestic violence by harassment is not so straightforward. The specific consideration for the court in domestic violence caused by harassment is what constitutes alarming or seriously annoying in context of the relationship and circumstances of the parties before the court, and whether the complained of conduct rises to the level of the crime of harassment. The court must be sensitive to the plaintiff’s plight, while mindful of the ease with which someone could use the statute as a weapon in a messy breakup or divorce. The court must look to patterns of behavior, as well as the severity of conduct and the intentions of the parties.

Does a threat to strike another if he or she is prevented from leaving the relationship enough of a threat to constitute harassment? In Murray v. Murray, 267 N.J. Super. 406 (App. Div. 1993), the appellate court said no, citing the threat to the power of the statutes to protect a victim if threatening language with no clear intent to follow through with the threat is actionable as domestic violence. Was the victim seriously alarmed and fearful of harm or merely angered and offended by the conduct or language of the alleged abuser after an especially heated argument or breakup? Case law shows that conduct and language arising from a specific incident must not be considered in isolation of the parties’ history, for example, prior violence between the parties. What may not be serious annoyance or alarm to the ordinary person may be harassment for a couple with a history of violence or an abuser with a gun who has previously used the weapon to control or attack the victim (Cesare v. Cesare, 154 N.J. 394 (1997)). The implications of diluting the statutes and Domestic Violence Prevention Act are serious and courts are on the lookout, parsing the ordinary drama in emotional conflict from the danger the statutes seek to prevent.

Have a knowledgeable attorney listen to the circumstances of your domestic violence case and address your questions about harassment in New Jersey, considering the laws and cases that have interpreted them. You’ll get the answers you need from an attorney familiar with criminal harassment, domestic violence and restraining orders in Morris County and across the state. For a free consultation, contact us at (908) 336-5008. Our lawyers are available 24/7 to assist you.