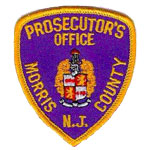 A Livingston NJ man who used to practice law in Morris County faces three years in prison for stealing more than $125K from a client.

According to Morris County prosecutors, the suspect, who practiced law in Flanders NJ, stole $127,583 from one of his clients. Flanders is an unincorporated community located in Mount Olive, New Jersey.

In 2015, officials with the New Jersey Lawyers’ Fund for Client Protection received a tip that the suspect was stealing client funds. Law enforcement said that he used the name of someone else in a real estate closing and then diverted the funds to his own personal bank account.

After an investigation into the suspect’s unethical behavior, authorities arrested the suspect and charged him with theft of movable property, issuing a bad check, and practicing law without a license.

The 47-year-old suspect was later disbarred from practicing law in the State of New Jersey.

The suspect recently appeared in Morris County Superior Court, in Morristown NJ, where the judge imposed a unique punishment. If the suspect is unable to raise the funds to pay restitution, he will be sentenced to a term of incarceration of three years in New Jersey State Prison.

The suspect’s defense attorney told the court that his client would attempt to borrow the funds from a relative who lives out of state.

If the suspect is able to get the funds to pay restitution, it is expected that he will be sentenced to just one year behind bars. The Morris County Prosecutor’s Office has placed a priority on restitution in this case in the hope that the victim will be made whole.

To learn more about this case, see the DailyRecord.com article, “Ex-Flanders Lawyer Who Stole Must Raise $127K in Restitution.”