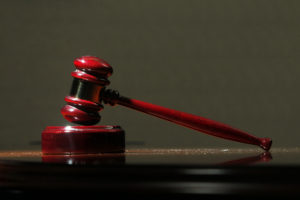 A Philadelphia man who used to work as the bookkeeper for a Florham Park NJ business has been indicted on federal embezzlement charges.

The suspect is a 54-year-old resident of Philadelphia, PA. He used to serve as the bookkeeper for QwikSource, a company based out of Florham Park in Morris County, New Jersey.

According to the US Attorney’s Office for Eastern Pennsylvania, the suspect embezzled funds from the QwikSource bank account over a period of 10 years. He allegedly set up a PayPal account under his employer’s name and then transferred the money.

Investigators determined that the suspect stole roughly $1.6 million from the business.

Now the suspect has been indicted by a grand jury on the very serious criminal charges.

For more information about this case, check out the NJ.com article, “Bookkeeper Used PayPal to Embezzle $1.6M from Employer, Feds Say.”