What’s the best defense to a restraining order in Morris County NJ?

Local Restraining Order Attorneys Near Me with offices in Morristown, NJ 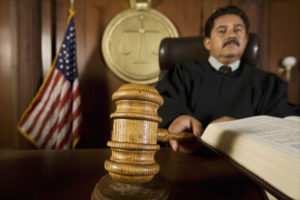 Our domestic violence lawyers represented a client last week on a restraining order trial in the Morris County Superior Court located in Morristown, NJ. Our client, the defendant, was served with a restraining order from her roommate who alleged harassment and terroristic threats as the predicate acts of domestic violence. If the restraining order was made final, it is permanent in New Jersey and never expires. Our client would be fingerprinted, and placed into a statewide database for domestic violence offenders. She would be prohibited from owning or possessing firearms, it could effect any professional licenses she has, and it could jeopardize her immigration status if she is not a United States citizen.

In order to obtain a final restraining order in NJ, the plaintiff must prove by a preponderance of the evidence that a predicate act of domestic violence occurred, that there is a prior history of domestic violence, and that he or she is reasonable to be in fear for their safety and needs the protection of the courts. The plaintiff can do that through testimony and other evidence such as text messages, voicemails, emails, photos, hospital records, police reports, and other witnesses. The trial is held before a Superior Court judge in the family division who will make findings of fact and law and either dismiss the TRO or issue a final restraining order.

In this case, the plaintiff failed to meet her burden and prove acts of domestic violence. She also failed to show any prior history of domestic violence or that she needs the protection that a restraining order provides. As a result, at the conclusion of the hearing, the judge dismissed the case completely.

There is no expungement or anything else necessary to clean our client’s record (since this is not a criminal charge and there was no arrest involved). She was extremely satisfied with the result and the services provided by the Tormey Law Firm.