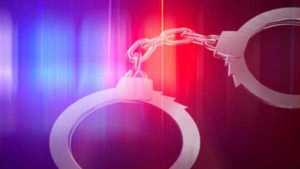 Do you need a lawyer to fight your shoplifting case in Bridgewater NJ? You’ve come to the right place. Here is a case we recently handled there with great results.

Travis Tormey recently represented a client in Bridgewater Municipal Court who was charged with shoplifting under N.J.S.A. 2C:20-11. If convicted, Mr. Tormey’s client faced severe penalties, including a term of incarceration of six (6) months in county jail, a $1,000 fine, and a permanent criminal charge on his record. Furthermore, because Mr. Tormey’s client was in the country on a visa and was not a citizen, he faced possible deportation. At the time of his arrest, the defendant, who had been in the country for 20 years, was in the process of filing for his citizenship. Despite having no prior criminal record, the defendant would most likely have been denied his citizenship if he was convicted of a “crime of moral turpitude.”

Mr. Tormey’s client was accused of shoplifting items from Macy’s department store in the Bridgewater Commons Mall. Mr. Tormey received the discover package from the prosecutor and reviewed its contents. At the first court date, the Macy’s store representative failed to appear. Without this witness’ testimony, the prosecution would be unable to prove their case. As a result, the judge marked the next court listing as “try or dismiss,” meaning that if the state’s witness failed to appear in court again, the case would be dismissed outright. This is precisely what happened. Thanks to Mr. Tormey’s careful preparation for court and timely filing of motions, the charges against the client were dismissed altogether. Mr. Tormey is now in the process of expunging his client’s arrest record, and the client is hopeful that he will obtain his United States citizenship in the very near future.