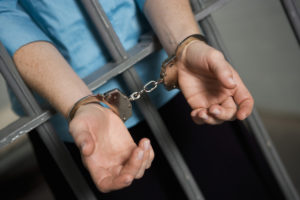 Parsippany NJ police arrested a Wayne man who allegedly tried to commit a robbery after being involved in a road rage incident.

The violent theft incident occurred on Route 80 in Parsippany, New Jersey. The Parsippany Police Department dispatched cops to the parking lot of 1004 Tabor Road around 8:51 p.m. after receiving a call about a fight. When police officers arrived at the scene, they found the victim suffering from minor injuries.

The suspect is a 30-year-old man from Wayne, New Jersey. After a warrant was issued for his arrest, he turned himself in to police.

The suspect has been charged with robbery, which is ordinarily classified as a second degree felony under N.J.S.A. 2C:15-1. This means that the suspect could potentially be sentenced to 5-10 years in New Jersey State Prison if he is convicted of robbery.

The suspect secured his release from police custody by posting a $5K bail amount. He will have to appear in Morris County Superior Court, located in Morristown NJ, at a later date so that he can address the robbery charges against him.