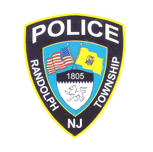 The car crash occurred around 12:55 a.m. on January 20, 2016. A Randolph NJ police officer was parked in a construction zone located at Sussex Turnpike and Mt. Freedom Avenue in Randolph, New Jersey. The construction zone was marked with barricades and traffic cones.

Several other Randolph police officers were also working in the construction zone to make sure that workers could safely move about. Additionally, police set up a detour on the Sussex Turnpike that directed traffic to Mt. Freedom Avenue.

The Randolph police officer who was eventually involved in the accident had parked his police vehicle roughly 30 feet from the construction zone closure. The police car’s emergency vehicles were activated so that other drivers could easily spot the patrol vehicle.

The 20-year-old suspect, who lives in Morristown NJ, allegedly crashed a 2002 Toyota Rav 4 into the patrol car. The suspect was allegedly drunk while traveling east on Sussex Turnpike.

According to law enforcement, the suspect barreled through safety barricades and cones, ignored a police officer request to slow down, and drove head on into the police vehicle.

The Randolph police officer was seated in the car when the accident occurred. As a result of the motor vehicle accident, the officer suffered physical injuries that required him to receive medical treatment at Morristown Medical Center.

The car crash also caused significant damage to the police vehicle. Debris from the accident also caused damage to another Randolph police car.

The Randolph Police Department investigated the auto accident and determined that the suspect was drunk. As a result, the suspect was charged with Driving While Intoxicated (DWI).

The suspect has also been charged with a number of crimes, including assault by auto, simple possession of marijuana, and possession of drug paraphernalia. Additionally, the suspect was cited for multiple traffic violations.

For additional information about this case, go to the TAPinto.net article, “Morristown Man Arrested for DUI after Hitting Randolph Police Vehicle Head On.”