Drug Epidemic Forums to Be Held in Morris County, NJ This Week 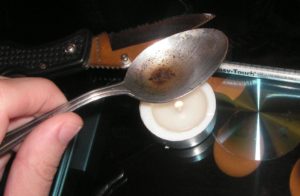 The programs are focused on the heroin and prescription opioid epidemic that has resulted in thousands of deaths in New Jersey and across the US. In fact, according to statistics compiled by the National Institute on Drug Abuse, there were more than 64,000 fatal drug overdoses in the United States in 2016. In New Jersey, there were more than 1,900 deaths caused by drug overdoses last year.

Now the Morris County Prosecutor’s Office has announced that it will join the local efforts of police departments in Randolph and Florham Park to combat the drug overdose problem. The prosecutor’s office issued a statement highlighting the importance of stopping drug addiction because 65 people have already died from heroin and opioid overdoses so far this year in Morris County, NJ. (That is a death rate that is higher than the drug overdose death rate in 2016.)

The hope of NJ lawmakers and health officials is that “raising public consciousness of this heroin-opioid epidemic” will help to slow down the rise in drug overdose deaths in Morris County and elsewhere in New Jersey. To that end, the Randolph Police Department and the Florham Park Police Department will be hosting separate forums that feature question-and-answer sessions about drug addiction and related problems.